Canadians Celebrated late into the night on May twenty fourth.

New Brunswick, Ontario and Saskatchewan will be on the agenda to be visited by Prince Charles and his wife Camilla, Duchess of Cornwall as part of their Diamond Jubilee Commonwealth tour.

Yesterday while visiting Toronto they were treated to the massive fireworks display at Ashbridge's Bay to celebrate Victoria Day known in French as “fete de la reine”.

Victoria Day is a Canadian federal holiday celebrated on the first Monday nearest to May the 24th, known in some parts of Canada as May two-four, which is also a local reference to a 24 pack of beer.

It has long been established that May 24th was Queen Victoria’s official birthday (made law in 1845 by the Parliament of the Province of Canada) and these days is maintained as the day of celebration for the current Monarch, Queen Elizabeth II.

A New Westminster tradition which sounds like fun, known as the “hyack anvil battery salute”, involves putting vast quantities of gunpowder between to blacksmiths anvils (the top one is turned upside down) then igniting the fuse to fire the anvil high into the sky. 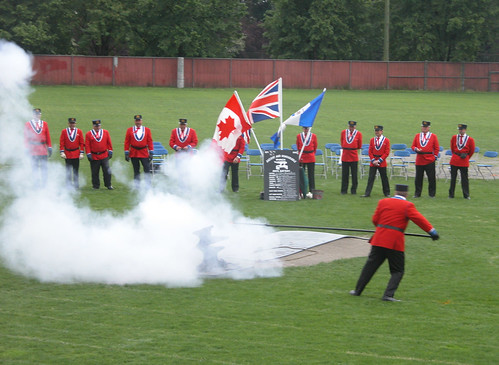 Around this time of year, fireworks are in high demand for obvious reasons, Guy Fawkes/Bonfire Night being the main r...
Read More
Filed in: Canada, victoria day, Victoria Day Fireworks 2012
Share:
Find us on Facebook Find us on Twitter Find us on Pinterest Find us on Instagram Find us on Tumblr Find us on Vimeo Find us on Youtube Find us on LinkedIn Find us on Flickr
Previous article BLACKPOOL WORLD FIREWORKS CHAMPIONSHIP