Independence Day is now just around the corner and at Epic Fireworks yearly 4th of July firework sales continue to grow. The day commemorates the signing of the Declaration of Independence in 1776 and this momentous occasion declared that the 13 American colonies were no longer under British rule and were instead free, independent states. At the first celebration in 1777 Americans rejoiced and, despite still in the midst of the Revolutionary War, filled the sky with an abundance of fireworks.

The tradition of celebrating with fireworks is now stronger than ever and with growing numbers also celebrating within the UK we list our TOP 5 Independence Day barrages.

Kicking things off is Black Cat's 25 shot Jammer barrage, a cake from the American football themed 'All-stars' range. Looking past the quintessentially American football helmets the patriotic label also displays the famous Stars and Stripes with its red, white and blue theming strengthened further once lit. 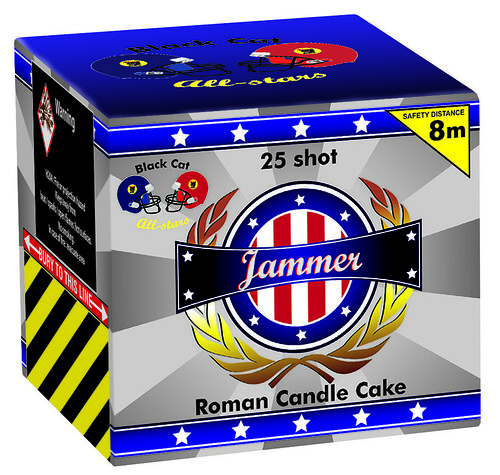 When fired, peonies burst with vibrant red and blue stars, whilst shimmering white glitter effects fully represent the honoured star-spangled banner. Quite simply, this is an ideal firework for pledging your allegiance and would look superb when fired in multiples.

Pablo takes our second spot, not because gun ownership in the United States is the highest in the World but again because the barrage proudly displays a performance of red, white and blue. 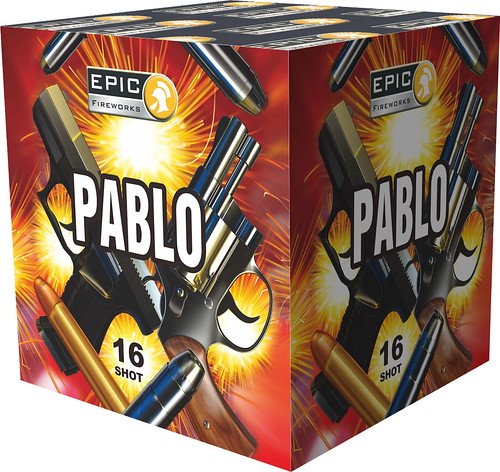 A patriotic display gives red, white and blue tails which burst to corresponding dahlias and as the 16 shot barrage nears its finale the final four shots launch crackling tails to crackling chrysanthemums, a fitting round of applause in appreciation of America and those who serve to protect it.

With Independence Day falling on a British Summers evening, Howling Wolves is ideal for those wishing to light fireworks in the earlier hours of twilight.

Howling Wolves, a large canine native to North America, gives mighty screaming serpents which give huge impact before bursting to palm effects and crackling dragon eggs. There is no denying that this forceful barrage will give a very clear ovation to both the great country of America and its promise of freedom.

Wild West is the ideal firework for celebrating America's colourful history and the period of gun-slinging cowboys and swinging saloon doors paved the way towards better lives and the chase of the American Dream.

With a pace and volume reminiscent of the famous O.K. Corral gunfight, this 57 shot powerhouse is both loud and proud! Beautiful red and green sky-filling peonies give way to delayed crackle before blue stars burn brightly and whistling serpents give a cheery salute. Golden brocades then dominate the night, and both time rain and crackling comets give superb sounds along with dazzling visual effects. Billy the Kid would have loved this one!

Topping the bill Klasek's 800 shot Profi Show steals first place because, like any true American would tell you, bigger is always better! Famous for large cars and huge food portions, Americans admire bigness and if size is the measure of excellence then we think this supersized compound will do all Americans proud! 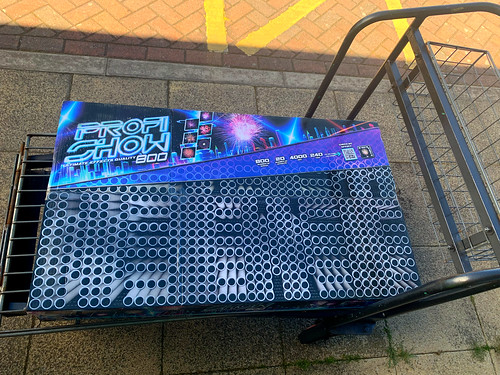 With a jam-packed explosive payload of 4000 grams, fireworks do not get any larger than this one and its 4-minute duration will offer a truly staggering celebration like no other. If you wish to celebrate like the Americans would, then look no further!