We got to breakfast at 0830 and had omelette's for a change. We then went back to the rooms to gather our bits and bobs and headed off to look at a new rocket factory which was a 2 hour drive from the hotel.

The rocket factory was huge. Every shed we went to was full of American style rockets. The workers were all very very busy and they had to work their socks off because they were well behind schedule due to the poor weather and needed to get the products produced and shipped for the 4th July celebrations. 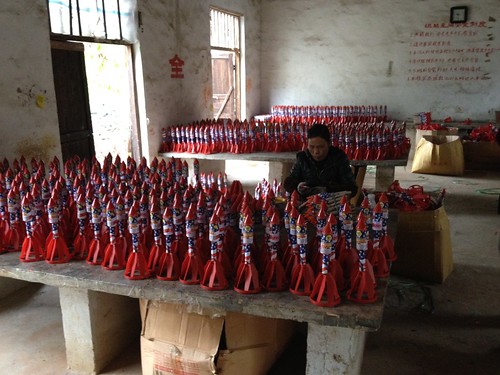 After touring the factory we went back to the showroom for a hot drink and selected some rockets to test. Although it was daytime and we couldn't see the effects or colours, we wanted to see if the rockets were consistent in terms of flight and height. 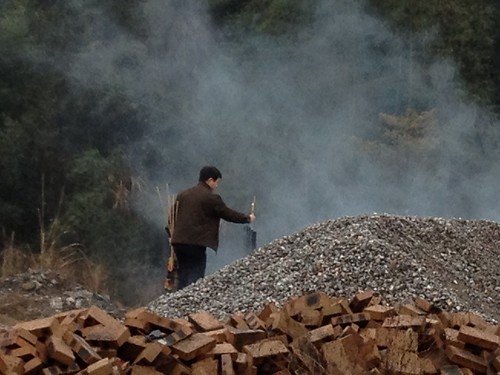 We left the rocket factory about 1500 and arrived back at the hotel around 1730. We went back to the rooms to freshen up and meet back downstairs at 1830 and headed off to see some missile cakes. Click here for an example of a missile cake. There were about half a dozen items to see, so instead of driving miles and miles to the firework factory, we decided to see the items not too far from the hotel.

We arrived at a firing site 15 minutes from the hotel. It didn't matter which direction you looked in - there were fireworks going off left right and centre - everything from small fountains to enormous shells. Here is a video of the missile cakes we saw that night and short clips of the other fireworks going off around us.

After the demo, we went to a local restaurant for a few beers, food and talked about the fireworks we saw that night. What are your thoughts? Let us know what you liked or didn't like!

Qatar is the first middle eastern country to host the world cup, which was opened in spectacular style with a knock-y...
Read More
Filed in: china 2012, Epic Fireworks, Episode 6, Missile Cakes
Share:
Find us on Facebook Find us on Twitter Find us on Pinterest Find us on Instagram Find us on Tumblr Find us on Vimeo Find us on Youtube Find us on LinkedIn Find us on Flickr
Previous article THE HISTORY OF SKY LANTERNS