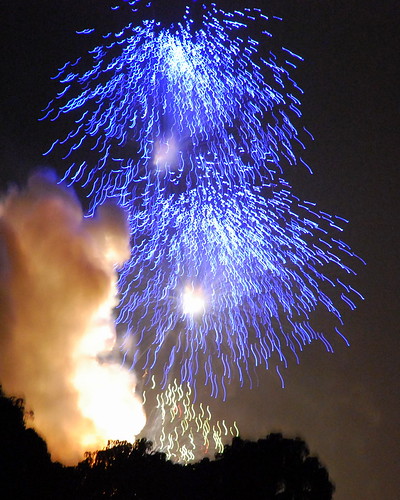 The South Indian district of Kerala played host to tens of thousands of people this weekend as the biggest Temple Festival took place in Kerala – Thrissur Pooram. This temple festival was introduced in the 18th Century by King Sakthan Thampuran and today features over 100 elephants bedecked in bright colours and ‘blinged’ the like of which you will only see at an Indian Wedding.

The festival features a parade in which the drummers, pipers and elephants make their way to the centre as they merge from the East and West, representing their temples for 36 hours of celebrations in the City.

Historically, the Thrissur Pooram was initiated following an incident at the original gathering of all the temples. Due to the heavy rains leading up to the event, there had been flooding due to fast rainfall resulting in the representatives from some of the temples being late and subsequently refused the opportunity to take part.

So incensed by this action, they approached the Sakthan Thampuran to tell him of their plight. On finding out about the slight, he decided to create his own event featuring the temples from the East and West who could come together to celebrate.

Here we are, over a century later and the event is now the biggest of its kind in India.

Fireworks (Pakal Vedikketh) mark the finale of the event and light up the sky overhead with beautiful fireworks which are made in their own country. We have been following the travels of two brothers from the USA who are making a film about the firework industry from around the World. They have been to China and are currently filming in India and they were on hand when the fireworks were being set up and made to see first hand what goes into putting on a display for what was essentially tens of thousands of people. They discussed the role of fireworks in the festival and found that they are intrinsic to the honour bestowed on the Hindu god Shiva. The Indian people set up the fireworks shells in fields in rows of hand-dug holes which are then linked by black-powder and handcrafted quick match so that they can be lit to coincide with the cadence of the dholi drums.

Scheduled to be the 22nd running of the FIFA World Cup competition and for the first time in the events history, taki...
Read More
Filed in: Fireworks, india, Kerala, Thrissur Pooram
Share:
Find us on Facebook Find us on Twitter Find us on Pinterest Find us on Instagram Find us on Tumblr Find us on Vimeo Find us on Youtube Find us on LinkedIn Find us on Flickr
Previous article BRITISH FIREWORK CHAMPIONSHIPS RESULTS 2021