Thinking About Fireworks For Mothers Day 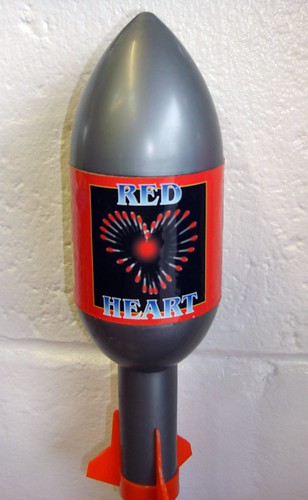 The heart symbol first mentioned in the Bible Genesis 6:5 has since, represented romantic love and truth and the sacred heart of Jesus has been the traditional Roman Catholic devotional image to this day.

There are three main theories as to where the heart shape, usually red, originated from:

Modelled on the human heart.
This theory is actually a pretty well-known one. The theory says that the modern drawing of a heart is actually modelled after the actual human heart because the ancients, including Aristotle, and even some today, believe that the heart contains all human passions. However, the traditional heart shape as drawn has a very little resemblance to an actual human heart. The drawing more closely matches that of a cattle heart, which was more readily available insight in past centuries, meaning they modelled it after a cattle heart. However, the resemblance to the cattle heart is still very slight. It's also said that the drawing of a modern heart possibly originated because of botched drawings of the human heart by medieval artists after a philosopher inaccurately described the shape. The medieval tradition of courtly love may have reinforced the shape's association with romance.

Depicts the female body.
Some say that the traditional heart shape actually represents body features of a female, such as a vulva, breasts, or buttocks. The female pelvis is also somewhat heart-shaped. Because the female gives birth to life, this could be the association with the heart-shape and love.

Derived from a seed.
The last theory is that the traditional heart came was derived from the plant seed of the Silphium plant. This now extinct (for over two millennia) North African plant was found in the ancient city of Cyrene during the seventh century BC. The plant was most commonly used as seasonings but was also widely used as a contraceptive in ancient Egypt. Because of its importance to their economy, they depicted the shape of the seed on their coins. The seeds were distinctly heart-shaped. It is said that because of the use of the plant as a contraceptive, the shape of the seeds became associated with sexuality and eventually with romantic love.

Whichever theory you believe in one thing won’t change, a love heart in any form says I love you better than anything else, unless of course, it’s a 50-carat diamond.

The name Dum Bum is synonymous with loud noise, and lovers of louder fireworks will be very familiar with the brand, ...
Read More
Filed in: Epic Fireworks, Love Heart Rocket
Share:
Find us on Facebook Find us on Twitter Find us on Pinterest Find us on Instagram Find us on Tumblr Find us on Vimeo Find us on Youtube Find us on LinkedIn Find us on Flickr
Previous article AUTUMN LIGHTS RETURNS!