The New Years Party That Was Over Before It Began 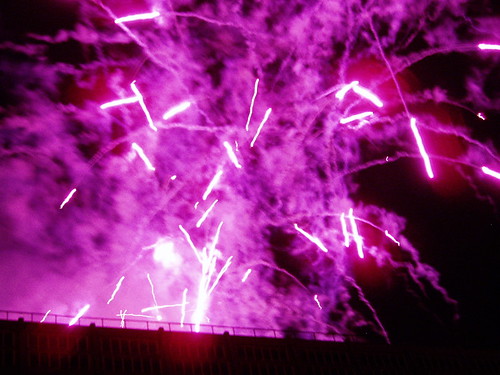 Only a few days ago, we mentioned the plight of the party goers in Manchester hoping for a last minute reprieve that would see their fireworks display going ahead on New Years Eve.

Regrettably, as the Local Authorities have been unable to secure funding for the display, the 420,000 people of the 6th largest City in the UK, Manchester, will be disappointed.

A spokesman said that whilst they appreciated that this would be a bit of an anti climax to the Christmas and New Years festivities, the display would have cost in excess of £15,000 (up to £20,000) to put on and unless local tax payers wanted to have a further debt to pay, it was not considered to be cost effective. Whilst, as we are well aware, the actual fireworks display would cost no-where near this amount, the safety and security of the public are paramount so this is where the majority of the monies would be spent.

Local pubs, clubs and wine bars in the Manchester area are obviously more than a little perturbed by this news.

The display has been put on for the last 5-years in response to the 2006/2007 display which quite frankly was a bit of a joke with a single red firework being fired from the roof of the town hall. The Manchester Evening News then started a campaign resulting in the fireworks displays in first of all in Exchange Square and then for the last couple of years, onto the site at Spinningfields.

The people of Manchester are keen party goers and I am sure that irrespective of the disappointment of this latest let down of this wonderful city, there will be much merriment to be had, without the beauty of the fireworks display that they have come to love. The Manchester Evening News are warning that planning needs to be started early, targeting the large profit making private business sector to ensure that 2012’s end does not suffer the same fate as this years display.

The absolute best fireworks in cinema, a countdown:Nothing beats watching a mesmerizing firework display with your ow...
Read More
Filed in: Fireworks, manchester
Share:
Find us on Facebook Find us on Twitter Find us on Pinterest Find us on Instagram Find us on Tumblr Find us on Vimeo Find us on Youtube Find us on LinkedIn Find us on Flickr
Previous article INSTANTLY LIGHTING OVER 10 KILOS OF EPIC FIREWORKS