Every year on the 8th of March, the National Pyrotechnic Festival takes place in Mexico. This annual event promotes the country’s tradition of production and use of fireworks. It began as a celebration in honour of the patron saint of fireworks makers, John of God, in Tultepec, Mexico, which produces about three quarters of all of Mexico’s fireworks. 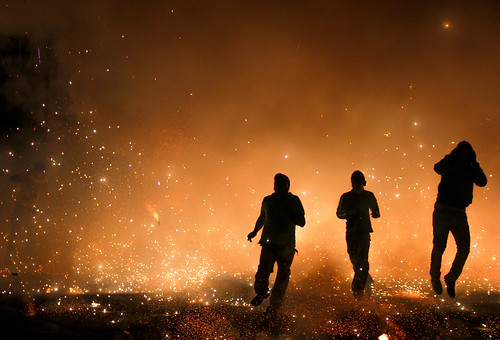 In 1988, a major fire in Mexico City prompted the authorities to ban the manufacture and sale of fireworks. This was a large economic blow to the city. To compensate for this, in 1989 the festival was organised as a way of increasing sales as well as attracting visitors back to the city. Since that time, the festival has grown to national status with participants coming from various parts of Mexico. The National Pyrotechnic Festival takes place over seven days and now attracts more than 100,000 visitors to the municipality. Even though the event started locally, it is now open to all fire workers in Mexico.

There are three main events that take place during the festival, along with rides, dances, concerts, release of lanterns and regional food which are split between the town centre of tultepec and the fairgrounds in the San Antonio Xahuento neighbourhood. 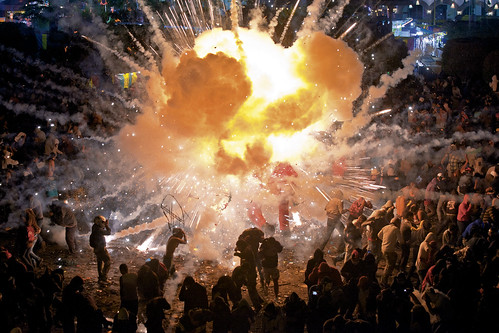 The first event is a contest of “castillos” (castles). These are frames made from wood, reed and paper, which then have various fireworks affixed. The fireworks are then set off to make images and/or parts of the Castillo structure spin and move. These structures measure between 25 and 30 metres high and take up to fifteen days to build. Once lit, they take between 20 and 30 minutes to go through all their features. 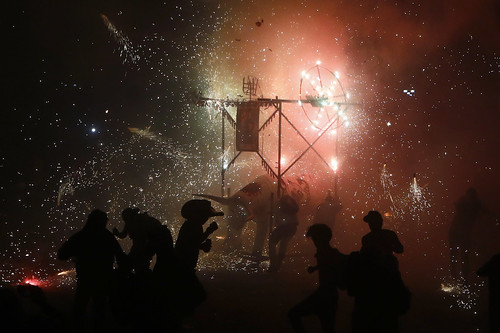 The second event, which is the oldest and most important event, if the “pamplonada”. Names after the running of the bulls in Pamplona, Spain, these ‘little bulls’ or ‘toritos’ are also frames for fireworks. Again, made from wood, reed, hard papier mache, wire and painted with bright colours. Once built, these can measure anywhere from 20cm to over 3 metres in height. These toritos are then paraded through the streets on March 8th in honour of John of God. 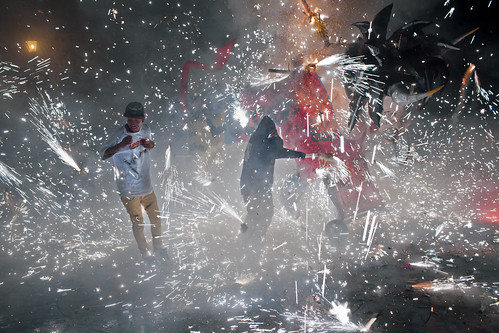 The final event is a contest which involves performances that combine fireworks and music.

WHAT: Planet CoasterWHY: A fantastic theme park and firework simulator.WHEN: Out now.WHERE: Most gaming platforms.COS...
Read More
Filed in: MEXICO, NATIONAL PYROTECHNIC FESTIVAL, TULTEPEC
Share:
Find us on Facebook Find us on Twitter Find us on Pinterest Find us on Instagram Find us on Tumblr Find us on Vimeo Find us on Youtube Find us on LinkedIn Find us on Flickr
Previous article THE CHIOS ROCKET WAR
Next article HANNOVER FIREWORKS COMPETITION 2023