THE HISTORY OF ROCKETS

Have you ever pondered the history of the rocket? Well, at Epic we have, and it turns out that the story is fascinating.

The earliest Chinese fireworks were firecrackers but before they were made of cardboard dried bamboo stalks were filled with gunpowder and then thrown into fires. The Chinese named this firework 'Exploding Bamboo'. Rarely, Exploding Bamboo would fly out of a fire rather than explode and this scarce sight would thrill and delight all who were lucky enough to witness it. This accidental discovery was the birth of the self-propelled rocket. 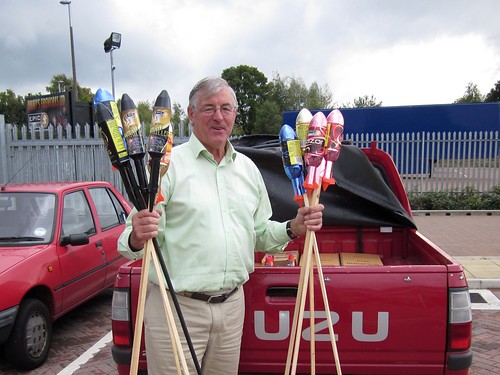 It is thought that by examining the lengths of escaped bamboo the Chinese discovered holes in every stray piece and from here learnt that gas escaping through these holes would create thrust.

In around 600 A.D. fireworks were deliberately made with exhaust holes whilst the opposite end was capped to enhance performance. These early fireworks lacked sticks and therefore, without any stabilisation, often shot along the ground earning them the name of Ground Rats. 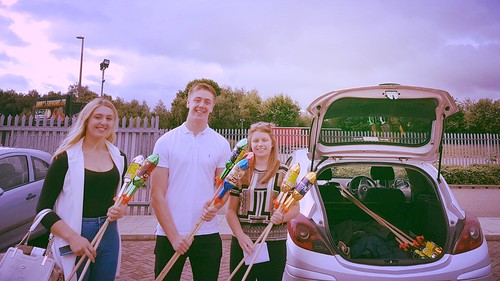 In 1045 rockets, which had until this point been used purely for entertainment purposes, were adapted for weaponry. It is here that the firework was fine-tuned to generate a more predictable flight. Initially, rockets were attached to arrows with a pointed arrowhead and feathered tail, often with the arrowhead burning flammable material or coated in poison. These devices were known as 'arrows of flying fire'. It was observed that once the rocket had burnt its tail feathers the firework still flew straight and therefore the feathers were removed leaving a plain stick. Finally, in its last guise arrowheads were removed and instead a nosecone was added to the rocket which transformed its appearance into the familiar shape we know today.

In 1232 rockets had developed to the point where they could carry greater payloads and during the Mongolian siege of the city of Kai-fung-fu they were carrying primitive grenades. This effect was known as 'thunder that shakes the heavens'. 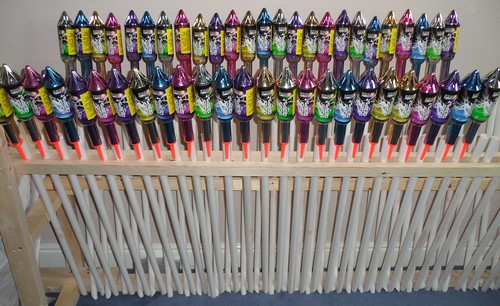 Rockets may have been invented independently in Europe, but they probably reached England via the Mongols who spread west from China. In 1267, English monk Roger Bacon recorded seeing these fireworks and compared them to a flash of lightning with the growl of thunder. 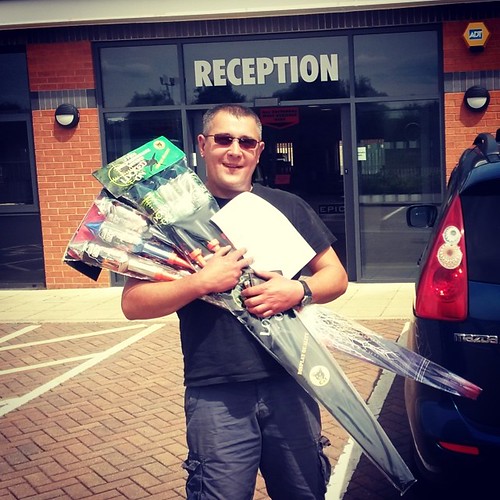 By the 15th century rockets in Europe were being widely used for peaceful purposes and it was their use for entertainment and celebration that forced a great desire for beautiful colour and attractive visual performances.

Today, modern rockets are more impressive than they have ever been and our enormous range of both single rockets and rocket packs span a hugely diverse range of effects.

A hidden gem of a game is available on Steam for PC. If you are a fan of Pyro, and want to put on crazy, funny, intri...
Read More
Filed in: HISTORY OF ROCKETS
Share:
Find us on Facebook Find us on Twitter Find us on Pinterest Find us on Instagram Find us on Tumblr Find us on Vimeo Find us on Youtube Find us on LinkedIn Find us on Flickr
Previous article FIREWORKS CHAMPIONS AT NEWBY HALL