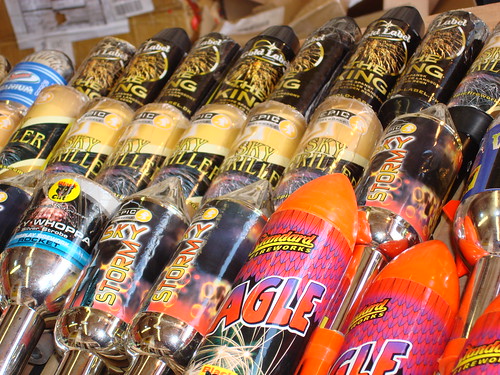 A few years ago the Epic Fireworks team was asked to do a firework display for a very big wedding - money was no object - and all the customer demanded was loads and loads and loads of big ass rockets for the finale. Big rockets were no problem for us - the problem we encountered was that we couldn't load the rocket racks fast enough.....

To overcome this dilemma we decided to build the ultimate rocket launching rack - The Epic Fireworks Rocket Launcher :)

Pen was put to paper - the brief was simple - we desired something with minimum set time - and maximum performance. 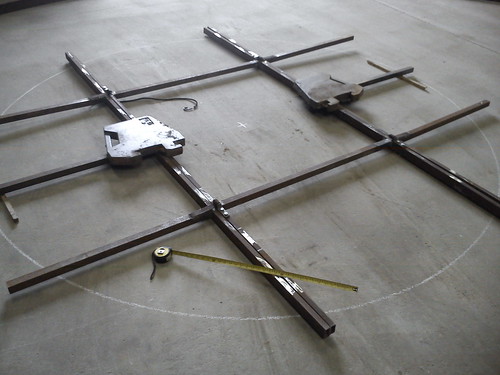 A perfect circle was marked on the ground - this was used as a guide. 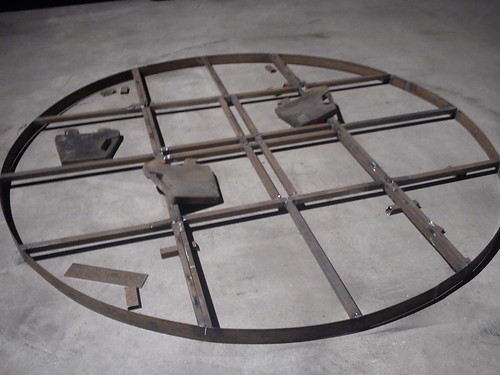 The circumference of the Epic Fireworks Rocket Launcher is a massive 31.4 feet. 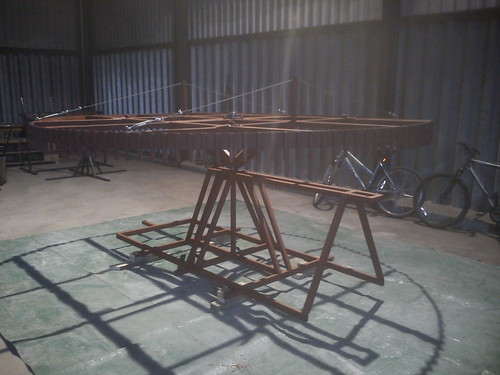 The stand was then made to support the rocket rack. 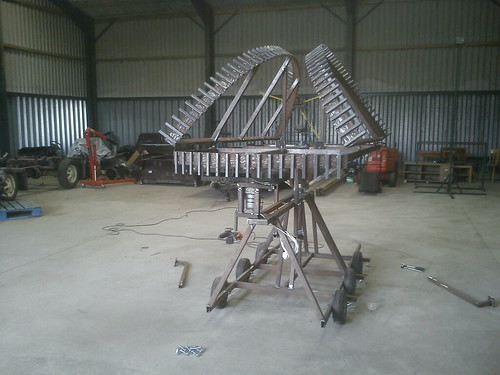 Due to the huge size of the Epic Fireworks Rocket launcher, modifications were made to make it easier to transport. 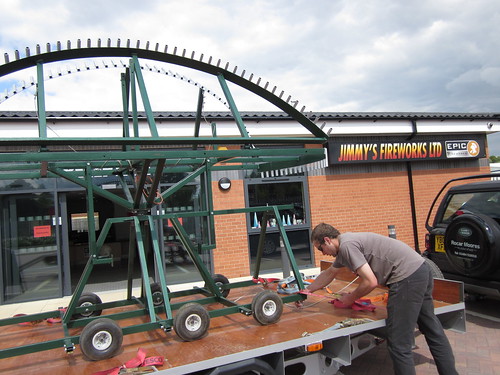 The blowtorch had to be placed at an angle. The reason for this was that when we placed the blow torch straight in line - the thrust of the rocket (lift charge) blew the flame out!

One revolution takes 15 minutes and 40 seconds.

Approximately 5-7 seconds between each rocket being fired.

The video below is a test run of 4 tomahawk rockets.

WHAT: Flamborough Fire FestivalWHY: New Year CelebrationsWHERE: The Festival Arena is situated at Mereside, Flamborou...
Read More
Filed in: Epic Fireworks, rocket launcher, rocket rack
Share:
Find us on Facebook Find us on Twitter Find us on Pinterest Find us on Instagram Find us on Tumblr Find us on Vimeo Find us on Youtube Find us on LinkedIn Find us on Flickr
Previous article THE HISTORY OF SKY LANTERNS