The Advantages of 1.3G 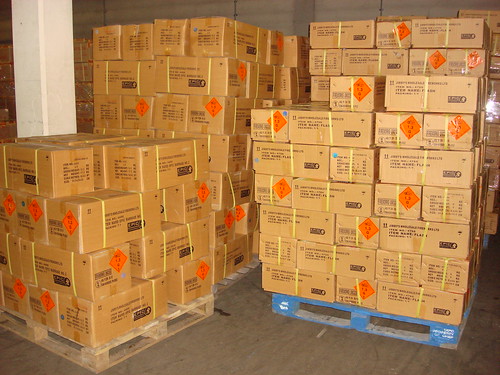 One choice the buyer makes when deciding what fireworks to use is whether or not to go with 1.3G. This choice is quite a recent thing - legislative changes about 5 years ago saw the reduction of certain chemicals in fireworks and their subsequent reclassification. This short price is why I choose 1.3G. This is of course not to say that 1.4G is always poor. Indeed, there is some nice 1.4G out there. But one needs to wade through a lot of dross as well. Is it really worth it when you know what you are getting with 1.3G?

1. You know what you are getting will be of a certain standard. 1.3G will contain an amount of flash-powder necessary for a decent sized burst, and a nice whack of volume to go with it. 1.4G may contain a bit of flash, or it may contain none at all. This could lead to a weaker burst and pops rather than bangs.

Essentially, those two points gel together - with 1.3G you know what you are getting will be of a high standard, and will tick all the boxes - volume, burst size and reliability. Exactly what you need for a successful display. Credit to the fireworks industry for bouncing back so strongly after quite hefty changes.

However, the biggest draw of 1.3G is what can be done in terms of rockets. 1.4G essentially hobbles rockets, to small, decent enough items with limited busts and volume. Not bad - there are some nice 1.4G rockets - but nowhere near the size and scope of some of the 1.3G items. The closest thing to professional shells bursts can be found in a 1.3G rocket- and you won't need wire cutters of self-assembly sticks!

Update – 1st June 2020 – The fireworks will happen tonight at 8pm Japan time or 12pm in the UK today. The organisers ...
Read More

The Royal Mail, RAF, and a boatload of others have done something special for Captain Tom Moore’s 100th Birthday. So,...
Read More
Filed in: "1.3g fireworks", firework
Share:
Find us on Facebook Find us on Twitter Find us on Pinterest Find us on Instagram Find us on Tumblr Find us on Vimeo Find us on Youtube Find us on LinkedIn Find us on Flickr
Previous article BATTERSEA PARK FIREWORKS 2019