WHAT: FIREWORKS FOR NEW YEAR’S EVE 2020 – SYDNEY, AUSTRALIA
WHY: FIREWORKS EVENT TO WELCOME IN THE NEW YEAR 2020
WHEN: TUESDAY 31ST DECEMBER 2019 FROM 7PM
WHERE: SIDNEY HARBOUR AND SURROUNDING AREA
COST: SEE WEBSITE FOR MORE DETAILS 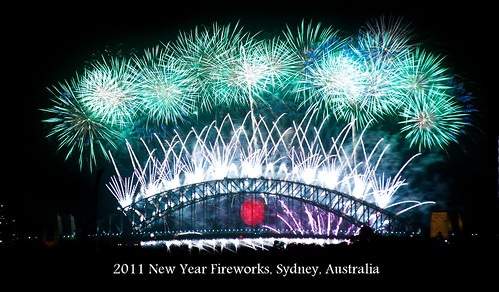 The Foti family is one of the original Italian Firework families who have been in the business of manufacturing and displaying fireworks since 1793 and professionalism and safety are at the core of everything they do. Eight generations of Foti have passed on their vast knowledge, love and passion for pyrotechnics and one of their mantras' is ‘no pyro, no party’ which we have to say, we totally agree with. 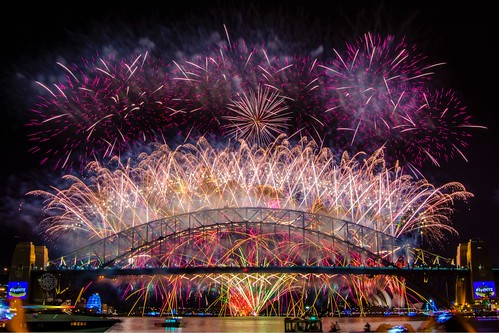 7pm - Fire Tug Water Display - spraying gallons of water into the sky which creates a magical sight before the setting sun.

7.30pm - Country and Smoking Ceremony – carried out by the indigenous Gadigal Elders – an aboriginal clan of people who welcome the world to the celebrations and offer purification ceremonies for the forthcoming year.

8pm - Aerial Flying display by Matt Hall, a 3rd generation pilot who formerly worked for the Royal Australian Air Force as a fighter pilot and latterly an instructor. He also won the Red Bull Air Race World Championships in July and will thrill spectators with his death-defying abilities.

8.30pm - Pylon Projections and Lighting Effects – there will be a full light show projected onto all the buildings on the shore and harbour front.

9.00pm - Family Fireworks – this is the first of the firework events and a precursor to the main event at midnight. The fireworks will be launched from barges on the Bay and from the Sydney Harbour Street.

9.08pm - Calling Country – a ceremony with live performances from the indigenous people’s representatives and concert at the iconic Sydney Opera House.

9.15pm - Harbour of Light Parade – all the shops and watercraft in the Bay area are decorated with colour and light in this enchanting choreographed event.

12.00 - Firework Display from the Sydney Harbour, bridge and surrounding structures which will be televised around the World.

An awesome new pack has just dropped here at EPIC fireworks! via GIPHY A marvel fans dream come true, this Avengers ...
Read More
Filed in: 2020, Australia, firework display, Fireworks, New Years Eve, sydney, Sydney Harbour
Share:
Find us on Facebook Find us on Twitter Find us on Pinterest Find us on Instagram Find us on Tumblr Find us on Vimeo Find us on Youtube Find us on LinkedIn Find us on Flickr
Previous article INSTANTLY LIGHTING OVER 10 KILOS OF EPIC FIREWORKS