Saturday 30th July 2016 sees the second in the series of competitions held at some of the UK’s most beautiful stately homes. This week, the competition will be held in the grounds of the stunning Stanford Hall in Leicestershire.

Stanford Manor was originally built in 1430 but Sir Roger Cave, ancestor of the current owners, commissioned master builder and Architect Francis Smith of Warwick to replace it with Stanford Hall in 1690. The Hall is considered to be one of the finest examples of William & Mary houses in the country.

The Hall today is open to the public and can be used for conferences, corporate events, weddings and luxury weekend breaks.

The grounds are spectacular with the River Avon gently ambling its way through the ancient park and woodlands. The perfect place to take the family along with a huge picnic blanket and take in the sheer beauty of the place before the fireworks get under way just after 9.15 with a demonstration/tutorial about Category 4 pyrotechnics (professional use ONLY) before the competitors take their places.

The teams competing at Stanford Hall this year are as follows:

Northampton based professional team of technicians who have competed in Firework Champions events at other venues but this will be their first time at Stanford.

Cirencester based Cotswold Fireworks was established in 1997 and the team competed at Stanford hall way back in the early days in 2004. They openly admit that whilst they came last, they and the crowds had thoroughly enjoyed the experience. So much so, that they were invited to take part in another Firework Champions event at Eastnor Castle in 2009 and 2010 where they achieved a second place on both occasions.

The team have worked with clients including Pink Floyd, Chrissie Hynde and Fine Young Cannibals.

The show has been designed by Nick Woodruff using firing system FireTEK.

Based in Redditch, this incredibly busy team of specialists was established in 2007 but their competition prowess continues to grow.

This will be the 6th time that Shockwave Pyrotechnics have competed in the competition and to day they have two wins and three runner up places to their names so this year they say that they are going for the win.

Shockwave Pyrotechnics also has a huge client list and has built up an exceptional reputation which has earned them a book full of orders from satisfied clients.

They will be using Firestorm.

10.40 Once all of the competitors have shown their wares, the organisers MLE Pyrotechnics take to the stage whilst the public votes are cast and counted. MLE’s display will not be subject to competition rules so you may see some really new and innovative pieces.

The gates open at 5.30pm to allow people to get settled before the competition gets underway. You are welcome to bring along a picnic and take your positions for best views early doors. Camping overnight is available in the field next to the car park at £10 per adult per night. 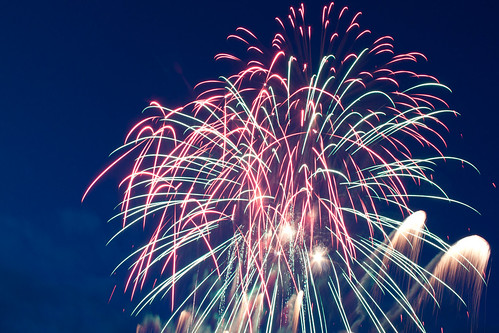 If you’ve ever been to a fireworks display, or even dabbled in setting off your own smaller display at home, you may ...
Read More
Filed in: Firework Champions, firework competition, Stanford Hall, STANFORD HALL FIREWORK CHAMPIONS
Share:
Find us on Facebook Find us on Twitter Find us on Pinterest Find us on Instagram Find us on Tumblr Find us on Vimeo Find us on Youtube Find us on LinkedIn Find us on Flickr
Previous article SOUTHEND’S FIREWORK DISPLAY IS TO MAKE A COMEBACK THIS YEAR!