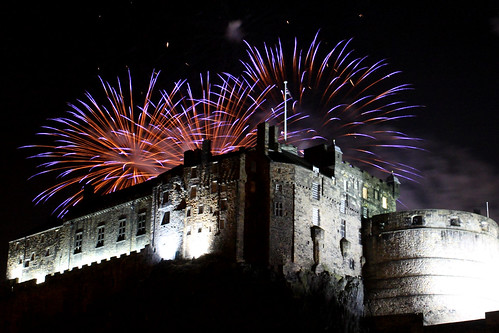 Scotland’s oldest University, St Andrews is celebrating its 600 years of teaching in explosive style this Saturday 14th September when the skies over the town explode with light and sound.

The event, a two-day academic commemoration ceremony is to be attended by a former first woman and current Secretary of State, Hilary Rodham Clinton. She is being offered an award along with seventeen other recipients who are said to hold the ‘best mind’s’ of our generation. She, unlike many other first ladies, was the first to hold a post-graduate degree before she entered the office and earned a great deal more than her husband Bill Clinton when they entered the White House.

Others being commemorated for their efforts are Tim Berners Lee, inventor or the worldwide web and a number of others from the academic world. The event starts off with a service of Thanksgiving on Friday followed by a procession back to the University quadrangle at St Salvators. This will be the first of a number of processions through the town.

On Saturday at 7:45pm, a torch-lit procession will lead to the harbour at St Andrew's before the huge fireworks display, the funding of which has been donated by a well-wisher.

We are sure that the University has got several hundred years of teaching to go and offer our best wishes that the event goes to plan.

WHAT: Flamborough Fire FestivalWHY: New Year CelebrationsWHERE: The Festival Arena is situated at Mereside, Flamborou...
Read More
Filed in: 600 years, fireworks display, scotland, St Andrews, St Andrews University, university
Share:
Find us on Facebook Find us on Twitter Find us on Pinterest Find us on Instagram Find us on Tumblr Find us on Vimeo Find us on Youtube Find us on LinkedIn Find us on Flickr
Previous article INSTANTLY LIGHTING OVER 10 KILOS OF EPIC FIREWORKS