Sparks To Fly This Bonfire Night 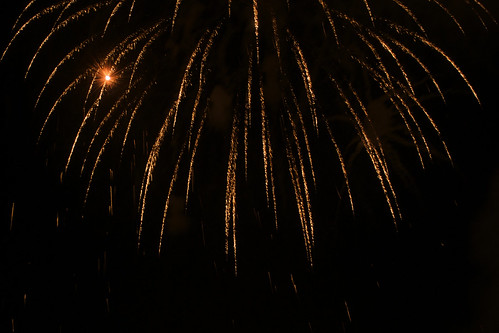 It's one of the brightest and most colourful nights in the city. Norwich's annual fireworks extravaganza, Sparks in the Park, returns on November 7. EMMA LEE meets the man who ensures that the event goes off with a bang.

It's easy to tell when the Reverend Ron Lancaster is in the laboratory at Kimbolton Fireworks.

“There'll be a puff of smoke and he'll either come back with a smile on his face or go back to the drawing board,” laughs Darryl Fleming, the company's display director.

Rev Lancaster, who was also a chemistry teacher, set up Kimbolton Fireworks back in the 1960s.

From humble origins, it's now a top display company which has fired pyrotechnic shows around the world - and is the only one left in the country to manufacture its own fireworks.

As you can imagine, with Bonfire Night fast approaching, it's a very busy time of year for the Cambridgeshire-based business.

Around November 5 it will be behind numerous public firework displays around the country - including Sparks in the Park at Earlham Park in Norwich next Saturday.

Led by Norwich City Council's events team, it boasts two firework displays, live music and a fun fair and is one of the city's biggest family nights out - and literally one of the brightest.

And you could say that it's Darryl's responsibility to make sure that the event goes with a bang.

“It's certainly one of the premier displays we do over the November period,” Darryl says.

“The children's display is 12 minutes long and the adults' is 15 minutes long. Both of them are set to music and they're synchronised by a digital firing system. We have a crew of 12 people there for a day and a half setting up the show.”

Firework displays have certainly come a long way since Rev Lancaster founded the company in 1964. He started the business primarily for research purposes, then started doing displays to fund his research.

“Now we fire nearly 300 shows a year,” Darryl says. “We just fired the Legoland show this weekend. We do Hogmanay in Edinburgh, we did the display at the Hong Kong handover, we did the VJ Day 50th anniversary and the opening of the Thames Barrier.”

Darryl was taught chemistry by Rev Lancaster and worked at Kimbolton Fireworks part-time for 10 years, before joining full-time 11 years ago.

Despite now being in his seventies, Darryl describes Rev Lancaster as “very much still the lynchpin of the company.”

“He takes an active interest in the direction of the company and still does a lot of research and development within the firework industry. He's in most days. And he's in the factory playing around with the agents and chemicals looking to improve on existing effects. He wouldn't like me to describe him as a mad professor, but he's certainly one of life's eccentrics,” Darryl says.

Helen Selleck, Norwich City Council events manager, says that the aim of Sparks in the Park is to create a traditional family night out.

“Sparks in the Park gets bigger and better every year and it has developed into so much more than a fireworks display. This is a real Bonfire Night celebration that encapsulates the traditional bonfire and a Guy Fawkes with music and a funfair and all-round entertainment,” she says.

SPARKS WILL FLY - WHERE TO ENJOY BONFIRE NIGHT FUN

From huge events set to attract thousands of people to small gatherings on village greens, Norfolk always has a colourful array of fireworks events to choose from.

Over the new couple of weeks, there will be plenty of explosive action, with Bonfire Night celebrations including fun fairs, competitions and processions.

Here are just a few of the exciting events:

Organised as a free event by the Mayor of London, this festival which takes place in Trafalgar Square is sure to be a...
Read More
Filed in: Bonfire Night, Fireworks, Guy Fawkes, guy fawkes night, kimbolton fireworks, ron lancaster
Share:
Find us on Facebook Find us on Twitter Find us on Pinterest Find us on Instagram Find us on Tumblr Find us on Vimeo Find us on Youtube Find us on LinkedIn Find us on Flickr
Previous article INSTANTLY LIGHTING OVER 10 KILOS OF EPIC FIREWORKS