Southport 2012. The Home of the British Musical Firework Championships 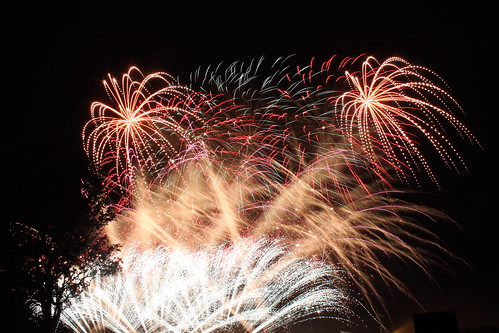 We are delighted to learn that the British Musical Championships have been confirmed by Sefton Council. The event from Friday 28th September 2012 to Sunday 30th September 2012 starts at 7.00pm and the display gets under way at 7.30pm.

September is a great time of the year to hold these displays as unlike at the peak of the season when other events are taking place, like the famous Southport Flower Show, The Olympic Torch relay and the Queens Diamond Jubilee celebrations. The only thing which could impact on the event is the tide as a low tide will be required to accommodate the crowds and stalls on the beach.

Being held once again this year at Kings Gardens, this 3-night competition will feature some jaw-dropping displays from some of the best pyro specialists in the UK today. All displays must be synchronised to music and will last in the region of 20-minutes each.

The teams competing this year are as follows:

The winner of this prestigious event in both 2010 and 2011 was Pyrotex Fireworx in front of crowds in excess of 40,000. Having 25-years of fireworks experience and using the ‘Fireone’ digital firing system in conjunction with ‘Scriptmaker’ the worlds first choreography software. The display in 2011 was reported to be the finest display with timing un-equalled in the rest of the world.

Tickets for this year's events can be purchased by telephone, by dialling 01704 533333 or at Southport Tourist Information Centre

So the Beijing Winter Olympic games have finally ended - which is very very good news for the firework factories in C...
Read More
Filed in: Fireworks, Southport 2012
Share:
Find us on Facebook Find us on Twitter Find us on Pinterest Find us on Instagram Find us on Tumblr Find us on Vimeo Find us on Youtube Find us on LinkedIn Find us on Flickr
Previous article BUYING FIREWORKS AS A GIFT