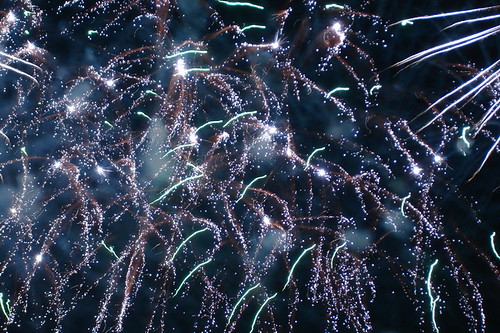 Southampton is set for some pretty special celebrations for the forthcoming Bank Holiday weekend. It will be nothing short of spectacular with champagne corks popping a display by the magnificent Red Arrows and a massive fireworks display when three of the Cunard fleet leave the dock.

The celebrations do not stop there though as throughout the day there will be talks on board the Cunard ships with guest speakers with Royal connections and a display of art including pieces by HRH The Prince of Wales, Queen Victoria, Prince Albert and Lord Snowdon aboard all three ships.

Also, a rare tawny port especially released for Cunard’s Jubilee Cruises will be on sale. Furthermore, all the Cunard ships will also be holding a Grand Ball and dinner on 6th June with a souvenir menu detailing the company’s 74-year association with the Queen. The Royal Procession through the country’s capital will be shown on screens around the vessels.

P&O Cruises will be offering a Gala Dinner with a toast to the Queen. Each of the fleets will also be holding a street party on board with a tea dance. The children will be actively involved in creating the bunting for the street parties.

Fred Olsen cruises will get into the party spirit with red, white and blue menu’s, bunting, Union Jacks, old-fashioned sing-a-longs and a multitude of ‘British’ themed activities.

Princess Cruises Grand Princess will have a brass band send-off and will have a ‘British Invasion’ theme with pub quizzes, a party on deck, British movies, singers and comedians. Royal historian Janet Campbell will give lectures. There will be a party on board with strawberries and cream, Pimms, British Ales and Ciders and a huge Jubilee cake will be displayed in the Atrium.

Royal Caribbean’s Independence of the seas is holding a Diamond Jubilee Big Lunch on 3rd June. With over 3500 guests they reckon on it being one of the biggest parties to celebrate the Queen’s 60-year reign as our sovereign.

Special dishes British Classics to be served over the weekend will include prawn cocktail, roast beef, bread and butter pudding, beer battered fish and chips, steak and kidney pie, Cumberland sausages and mash and strawberries and cream and cupcakes. The ship will be decked out in red, white and blue bunting and passengers will be given flags to wave as well as enjoying live music there will be specialist ice sculptors on board, displaying their work. On 4th June, the ships entertainment staff will perform ‘Rock Britannia’ on the promenade deck.

Voyages of Discovery will host a Royal Getaway party serving bacon butties, English muffins and a variety of Jubilee cocktails. Dinner will include fresh turbot with champagne cream sauce and caviar with a lobster beignet and black Angus beef filet Wellington with sauce perigourdine.

Organised as a free event by the Mayor of London, this festival which takes place in Trafalgar Square is sure to be a...
Read More
Filed in: fireworks display, jubilee, Red Arrows, Southampton
Share:
Find us on Facebook Find us on Twitter Find us on Pinterest Find us on Instagram Find us on Tumblr Find us on Vimeo Find us on Youtube Find us on LinkedIn Find us on Flickr
Previous article INSTANTLY LIGHTING OVER 10 KILOS OF EPIC FIREWORKS