Sales Of Cobolt Blue Go Through The Roof 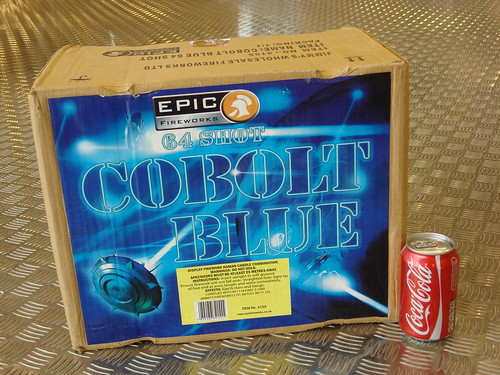 For the last 3 hours the phones have not stopped ringing at Epic HQ - The BIGGEST firework shop in the UK.

Cobolt Blue is a massive 64 shot firework that fires vivid blue stars. Each tube is 30mm in diameter, the maximum allowed in the UK, check out the video below.

Come on Mario, get your credit card out, we're waiting for your order :)

(PS: Alex, we also do some red ones if you're interested ;p)

FACT: Japan produces some of the world's biggest and best fireworks, including record-breaking monster-sized shells l...
Read More
Filed in: cobolt blue, Fireworks, man city, mcfc, Premier League
Share:
Find us on Facebook Find us on Twitter Find us on Pinterest Find us on Instagram Find us on Tumblr Find us on Vimeo Find us on Youtube Find us on LinkedIn Find us on Flickr
Previous article EPIC VERSUS THE GLOBAL SHIPPING CRISIS