It can barely have escaped anyone’s notice but just to be sure, Saturday 19th May 2018, the wedding of HRH Prince Harry and his fiancée Meghan Markle will be taking place.

Unlike when William and Kate were married in 2011, they will not be taking their vows in Westminster Abbey, the couple has opted for a more personal ceremony in the beautiful St Georges Chapel in Windsor. The Chapel was originally in the fourteenth century but there was extensive redevelopment throughout history until some changes were made by Queen Victoria in the late 19th century.

The chapel, unlike the Abbey, can only hold around 800 guests so the invitations to the service had to be strictly monitored. The couple will be surrounded by 250 members of the armed forces, in acknowledgment of Harry’s military background. The soldiers, airmen, and seamen will be represented by the Household Cavalry, the 1st Battalion of the Irish Guards, Navy, Royal Marines, Army Aircorp, the Royal Gurkha Rifles and the band of the Irish Guard will play the music.

The dress code for male attendees is ‘dress uniform, morning coat or lounge suit’ which caused some confusion for Meghan’s friends and co-stars from hit drama series Suits. Meghan was a leading actor in the drama prior to finding love with our own Prince Charming. Her Co-stars include, Patrick J Adams (Mike Ross), Sarah Rafferty (Donna Paulsen), Rick Hoffman (Louis Litt) and Gina Torres (Jessica Pearson) were all so worried about what to wear that they have fallen on the mercy of the wardrobe team from Suits (and if you have ever watched it you will be aware of some of the incredible clothes they have sported over the years) who have said that the men will be wearing morning suits.

It will be a very long day for the couple with a tight schedule to boot.

9.00 general public who have invites will start to arrive and await transport to Windsor
9.30 coaches will start to ferry those who have passed through security via bus to the Chapel
11.20 members of the Royal Family and friends of the bride and groom will start to arrive and take their seats
11.45 Prince Harry and his best man Prince William will walk up to the Chapel, meeting and greeting along the way
11.55 The Queen will arrive
11.59 Miss Markle will arrive accompanied by her mother and will meet her father at the Chapel with the bridesmaids and page boys and her father will walk her down the aisle
12.00 wedding ceremony starts
13.00 the newlyweds will take a carriage procession around to see as many of the gathered crowds as possible
13.30 reception for the guests from the church
19.00 HRH Prince Charles will hold a private reception for their close family and friends

We are told that the couple will be having fireworks in the late evening after the second reception. They join a very long but distinguished list of royals who have used fireworks in their celebrations with the first documented use of fireworks at a wedding were for Henry VII and Elizabeth of York in 1486 and continued to be in use throughout the interim period before Elizabeth I went on to appoint a full-time Fire Master to manage the displays for her court. 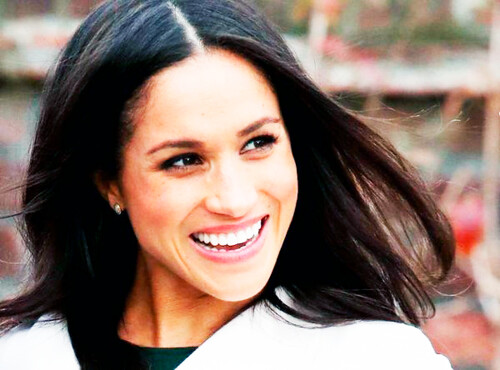 Over the years, fireworks became a pre-requisite of a wedding celebration and in fact, one of the biggest recorded was on Valentine’s Day in 1613 when James I daughter Elizabeth (Elizabeth Stuart, Queen of Bohemia) married Frederick V. The display lasted for a very long time. Another notable event was the wedding of Prince Edward VII and Alexandra, son of Queen Victoria and Prince Albert. However, the recently widowed Queen did not attend but was recorded as having seen the fireworks.

Fireworks were also very much in evidence at the wedding of Harry’s parents HRH Prince Charles and Dianna in 1981 when they enjoyed a 20-minute display with 2 ½ tons of pyro being used.

We just hope that the recent beautiful weather continues and wish the couple every happiness.

If you are planning your own wedding, and want to do it like a Royal but find your budget will not stretch that far, we have huge compound cakes that need very little attention (in fact you could start it with a Launch Kontrol system if you need to) and will give you a very beautiful and effective mixed effect 2-minute display in a box. If you need help or advice, please get in touch and one of our specialist technicians will be happy to chat about your needs.

WHAT: THUNDER OVER LOUISVILLE 2023WHY: FIREWORKS AND AIRSHOW EVENTWHEN: SATURDAY 22nd APRIL 2023WHERE: LOUISVILLE, KE...
Read More
Filed in: Fireworks, royal wedding, ROYAL WEDDING FIREWORKS
Share:
Find us on Facebook Find us on Twitter Find us on Pinterest Find us on Instagram Find us on Tumblr Find us on Vimeo Find us on Youtube Find us on LinkedIn Find us on Flickr
Previous article SOUTHEND’S FIREWORK DISPLAY IS TO MAKE A COMEBACK THIS YEAR!