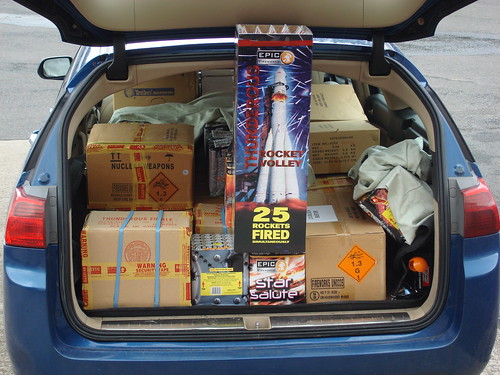 Due to the popularity of the Pro and Thunderous rocket volleys launched in 2008, we thought it was about time to extend the range and double it to four.

New for 2012 we are adding the new Skudbuster and Awesome rocket volleys.

Rocket volleys are designed to create emphasis to the start or finale to any larger show and already the two new additions are proving very popular, with an off the scale wow factor the relatively new rocket volleys have to be seen to believed, completely obliterating the night sky.

For the new Skudbuster we told our China factory “more colour” with vivid red and vibrant green bursts, these more powerful rockets break more ferociously, bringing a few seconds of daylight to the cold November skies.

As always our fireworks are sold on a “first come first served basis” so if you are looking to add one or two of these excellent Rocket Volleys to your show, may I suggest you order them now to avoid disappointment.

Scheduled to be the 22nd running of the FIFA World Cup competition and for the first time in the events history, taki...
Read More
Filed in: Rocket Volleys
Share:
Find us on Facebook Find us on Twitter Find us on Pinterest Find us on Instagram Find us on Tumblr Find us on Vimeo Find us on Youtube Find us on LinkedIn Find us on Flickr
Previous article FIREWORKS CHAMPIONS AT NEWBY HALL