Last night, 2 December 2012, saw the worlds tallest floating Christmas Tree, according to the Guinness Book of Records, illuminated for the first time. The beautiful 85-metre high tree is decorated with knotted balloons and 3.3million light bulbs and more than a million visitors to the area will take in this majestic spectacle before the end of the holiday season. 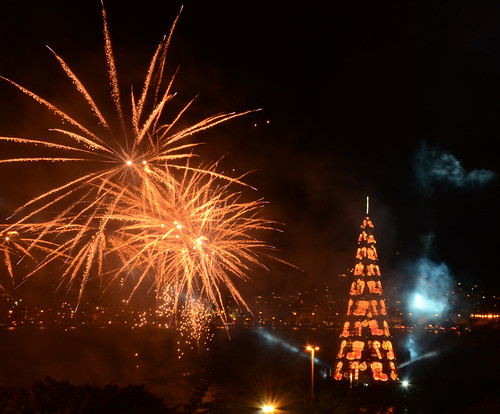 The tree, as tall as a 28-storey building is the star of the show but the logistics of adding lighting to this massive structure was quite the task when you consider that the length of the rope lighting was a pretty grand 105 kilometres in length. The 17th Bradescon Seguras tree, built by Brazil’s largest insurance company, weighs a not inconsiderable 542 tonnes.

The light effects on the tree begin with falling leaves, representing Autumn and then turns white with falling snow effects representing all the countries who celebrate Christmas with a White winter and the lights change to colourful balls giving life to the Christmas decorations. Moving along, we reach Spring and the colourful flowers are everywhere and finally, a golden hue representing Summer for the tree in all its splendour. 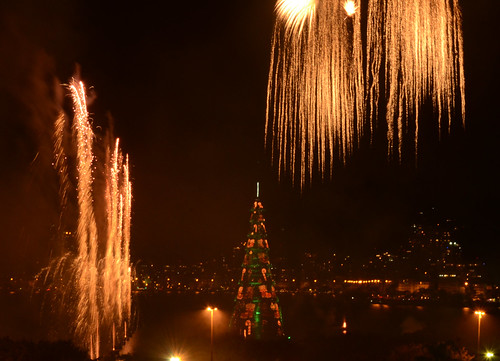 The tree will be lit daily until the 6th January and is likely to attract more than 100,000 visitors to the Rodrigo de Freitas to watch the six-minute pyro-display. Themed “Christmas Around The World” this is the first of three major events in Rio over the next month including the fireworks on the famous Copacabana Beach on New Year's Eve.

WHAT: La Merce Festival 2023WHY: Celebration of Barcelona’s patron saintWHEN: 21st – 26th September 2023WHERE: Barcel...
Read More
Filed in: Christmas, Christmas tree, Fireworks, new year, Rio de Janeiro
Share:
Find us on Facebook Find us on Twitter Find us on Pinterest Find us on Instagram Find us on Tumblr Find us on Vimeo Find us on Youtube Find us on LinkedIn Find us on Flickr
Previous article SOUTHEND’S FIREWORK DISPLAY IS TO MAKE A COMEBACK THIS YEAR!