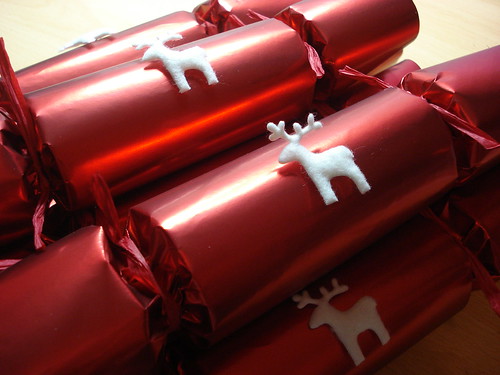 Retailers are being forced to demand ID from customers wanting to buy crackers because of new legislation.

Under the UK's Pyrotechnic Articles (safety) Regulations of August 2010, Christmas crackers have been specifically named as a category 1 firework, which means they have an age restriction of 16 and cashiers are required to check the age of people buying them.

The British Retail Consortium (BRC) is asking customers to be understanding if they are required to provide identification. The majority of stores use a Challenge 25 policy for selling age-related products such as alcohol, tobacco and fireworks, meaning people who look under 25 are asked to prove they are old enough to buy.

The change in UK legislation, which came into force in the summer, implements an EU directive which required a more sensible age limit of 12. Trading standards officers will now be monitoring how retailers enforce the law. Stores face financial penalties, plus individual cashiers can face fines of up to £5,000 and six months in prison for selling crackers to underage customers.

Jane Bevis, Director of Public Affairs at the British Retail Consortium, said: "The Government has promised to ease up on regulations on businesses but this one seems to have slipped through the net. The original EU directive which would have put the age restriction at 12 should never have been gold-plated to become 16 in the UK. Now that has happened, it's vital there is a sensible attitude to enforcement until the Government can reverse this ludicrous restriction.

"Busy shoppers with a lot on their minds will be understandably frustrated if they are asked to provide ID to buy a box of Christmas crackers. It's the health and safety rules which have gone crackers and not retailers themselves.

"No-one wants children to be able to buy things which are dangerous or bad for their health, but extending rules for fireworks to cover the kind of bang provided by a cracker seems particularly daft."

WHAT: La Merce Festival 2023WHY: Celebration of Barcelona’s patron saintWHEN: 21st – 26th September 2023WHERE: Barcel...
Read More
Filed in: crackers, Epic Fireworks, Fireworks
Share:
Find us on Facebook Find us on Twitter Find us on Pinterest Find us on Instagram Find us on Tumblr Find us on Vimeo Find us on Youtube Find us on LinkedIn Find us on Flickr
Previous article SOUTHEND’S FIREWORK DISPLAY IS TO MAKE A COMEBACK THIS YEAR!