Saturday 23rd July saw the skies over Ripon in North Yorkshire light up as three of the best professional firing companies in the UK go head to head to compete for the Firework Champions trophy.

First up – Impact Pyrotechnics Ltd from Washington, Tyne and Wear.

Their tracks were:
Salute – Little Mix
Bond theme
Austin Powers theme
Hey Jude – The Beatles
We are the Champions = Queen

I simply loved all the sections as they were all very different. The team showed some clever timing and top class pyrotechnics. Very symmetrical, a greater variety of effects and beautiful choreography and the finale was just AWESOME.

Next to fire – Magic & Miracle Fireworks from Stapleford, Nottingham.

The colour combo’s in the Mr Blue Sky section were particularly bright and clean but during the transitions from track to track, there were a couple of lengthy dark sky moments.

The oranges and gold’s in the Pirate’s of the Caribbean segment were exquisite and the finale got a WOW. Awesome job peeps.

Their tracks were:
Running - Naughty Boy
No Place I’d rather be – Clean Bandit
Girl on Fire – Alicia Keys
Express yourself - Labrinth
At least we stole the show – Kygo
Runaway (you & I) – Galantis

Loved the fast firing fanned pieces which looked like a revolving wheel on the floor and the colours were particularly bright. There was a really nice new effect but the video failed to pick it up – inverted crossover in the sky.

The winners were third to fire OPTIMUM FIREWORKS – well done to all the competitors.

If you are looking for something to do this weekend for the whole family, and live in the Leicestershire area, get along and show your support for the next Firework Champions events taking part at Stanford Hall on Saturday 30th July.

And below, the closing fireworks at Newby Hall 2016 by MLE Pyrotechnics. 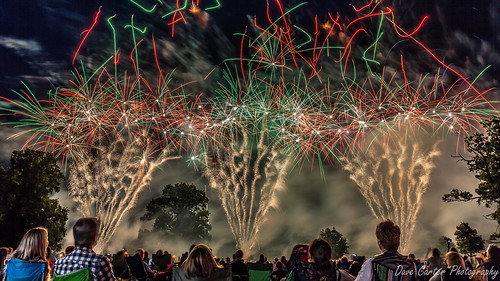