PUPILS, parents, teachers and governors gathered at The Red Maids' School to launch a year of celebrations to mark the school's 375th anniversary.

Red Maids', which was founded in 1634 by Bristol's then-mayor, John Whitson, is the oldest girls' school in the country.

On Friday its current crop of pupils and their families enjoyed a barbecue and fireworks display in the Westbury-on-Trym grounds. 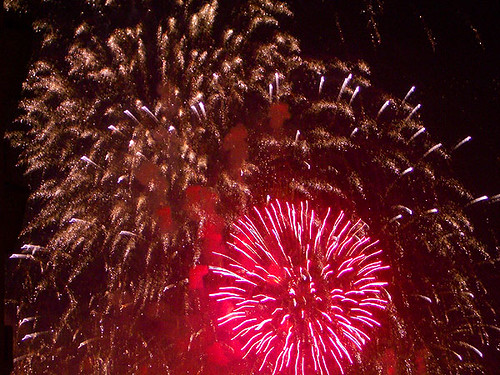 A jazz band from the QEH boy's school was also on hand to provide entertainment.

On Thursday – the first day of the new academic year – a service was held in the school's Denmark Hall to mark the anniversary year.

Among the guests were Lord Mayor Chris Davies and Mary Prior, the Queen's Lord-Lieutenant for Bristol. Pupils were also given a commemorative booklet and mug, designed by a Year 7 student, to mark the occasion.

There is nothing more spectacular than watching a firework display which has been perfectly designed to music. That s...
Read More
Filed in: fireworks display, red maids school
Share:
Find us on Facebook Find us on Twitter Find us on Pinterest Find us on Instagram Find us on Tumblr Find us on Vimeo Find us on Youtube Find us on LinkedIn Find us on Flickr
Previous article TONEGAWA FIREWORKS FESTIVAL 2022