Over last weekend, some of the best in the world went toe to toe filling the night skies over the beautiful Olympic Stadium in Berlin.

The event began in 2006 and continues to grow from strength to strength.

Potsdamer Feruerwerk – Germany - sky-filling from the first burst but not as clean perhaps as was intended or as symmetrical as perhaps it ought to be. Some really nice shaped shells in there along with some extremely large spider shells with glittering tips and the mid section’s strobing crackle cloud section again was captivating. There were strobing tips on the falling leaves and horsetails and there was a great selection of colours with some really bright reds, greens and bronzes and lots and lots of strobes! The finale filled up the sky with gracefully falling huge willow effects.

Pyrotex Fireworx – GB – From the first beat of music team GB, represented by this fantastic team were ON IT! The criss cross slice section was perfection itself as were the rainbow coloured shaped shells. My favourite section, sweeping and crossing over fanned gold pieces which made the sky glow!

To be perfectly honest, few notes were taken as I couldn’t take my eyes off the display. AWESOME

Pirotecnia Rogello Ramos - Mexico – A great mix of colours and some very pretty effects but in my view, throughout, although they had a great selection of products fired, and they absolutely filled the sky, there was little or no structure or choreography involved.

Some lovely shaped pieces but much of the colour density was due to the lighting rather than the fireworks. The crowds definitely got into the mood as La Bamba was played but again, whilst lovely, the precision you would expect from a professional display was not apparent.

One of the standout sections for me was having a huge hanwarimono (like a giant sphere filled with little bursting balls) which had a spider break with a red strobing centre bursting at the same time – gorgeous.

The display was a bit ‘random’ for my taste but each to their own!

All the other teams from Spain, Finland and Slovakia were very good but nothing out of the ordinary and a number of technical issues. The Slovakian display was too smoky and there were a lot of misfires at the beginning. The Finnish display was a little disjointed at times which impacted on the overall show but the finale was very pretty with some huge palm shells and willow bursts in every colour. Again a bit of a ‘mish-mosh’ but very pretty nonetheless.

Slovakia had a few issues too with an overrun on one side of a sweeping glitter fan and lots of misfires from the outset. Again, a little smoky and the single shot crossovers were out of sync but the full spread fan was lush as were the beautiful glitter palms. They also featured red and silver strobing centred pistil to spider break – which was just awesome.

Spain, represented by the inimitable Ricardo Caballer Ricassa was anticipated as being one of the forerunners of the competition. I have to say, the colours were absolutely outstanding and not just the warmer tones, the blues and purples were crisp, clear and nothing short of stunning.

The shaped multi peony breaks were very bright too but whilst there were a wide number of effects, colours and sounds, the overall display was in my opinion missing form and choreography – which is highly unusual for this pro team but like anything else, we are all entitled to a bad day at the office!

Well done to all six competing teams and the winners were: 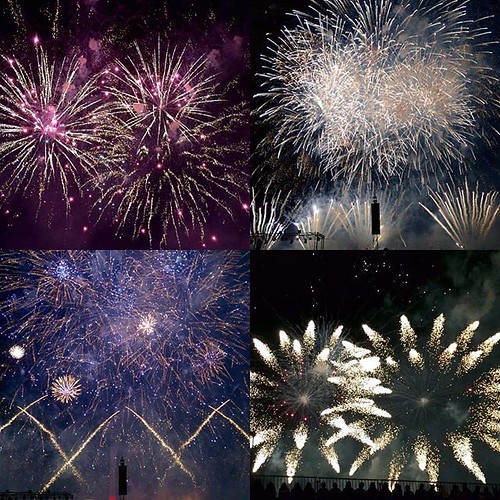 We have added quite a few new products to our range recently, keep reading to see the details on these. Afterglow Fou...
Read More
Filed in: Berlin 2015, firework competition, Firework Results, Pyronale
Share:
Find us on Facebook Find us on Twitter Find us on Pinterest Find us on Instagram Find us on Tumblr Find us on Vimeo Find us on Youtube Find us on LinkedIn Find us on Flickr
Previous article SOUTHEND’S FIREWORK DISPLAY IS TO MAKE A COMEBACK THIS YEAR!