WHAT: PYROFEST 2016
WHY: FIREWORKS FESTIVAL
WHEN: SATURDAY 28th May and SUNDAY 29th MAY 2016
WHERE: COOPERS LAKE, BUTLERS, PENSYLVANNIA
COST: VARIES

What could be better on a beautifully Sunny Memorial Day Weekend than family, food and fireworks for what is billed as one of the biggest Firework festivals in the US.

‘Pyrofest 2016’ is the fifth annual event held by Pyrotecnico. They have been in the business since 1889 so know a thing or two about the art of pyrotechnics. 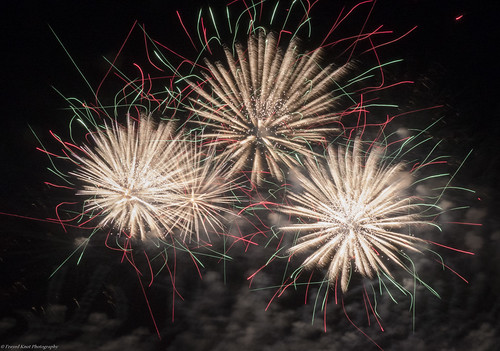 In addition to the fireworks festival there is a full programme of events for all the family to enjoy. The gates will open at 3.00pm daily and there will be live music and entertainment throughout the two days with the fireworks displays both daytime and late into the evening. They will be showing new techniques, special effects and pyro-products from around the World to amaze and dazzle.

Alongside the competition between the professionals, this event offers the chance to enter a competition called ‘Fantasy in the Sky’ where you get to design your own musical firework display. The winning entry will have their design inputted into the computer and the pro team will fire it.

There will also be an opening noise and salute daytime fireworks event and of course, being Memorial Day weekend, there will be a tribute to the armed forces.

Some extra special performances this time around with a World Premier of a choreographed special effects/ pyrotechnics display alongside a live performance from local Pittsburgh’s own Rusted Root.

The Firework companies are:

Check out the following display from Ricardo Caballer Ricasa of Spain last year at the Pyrofest event. It is AWESOME:

WHAT: Flamborough Fire FestivalWHY: New Year CelebrationsWHERE: The Festival Arena is situated at Mereside, Flamborou...
Read More
Filed in: Fireworks, May 2016, Pyrofest
Share:
Find us on Facebook Find us on Twitter Find us on Pinterest Find us on Instagram Find us on Tumblr Find us on Vimeo Find us on Youtube Find us on LinkedIn Find us on Flickr
Previous article INSTANTLY LIGHTING OVER 10 KILOS OF EPIC FIREWORKS