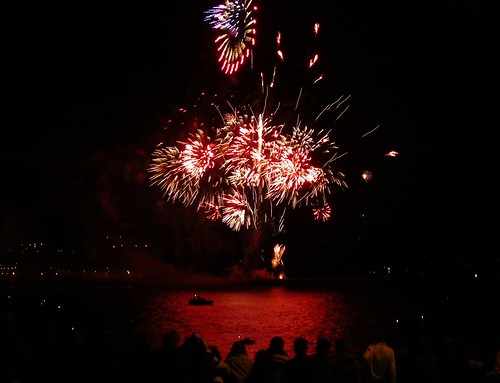 WHAT: British Firework Championships 2014
WHERE: The Hoe, Plymouth
WHEN: Tuesday 12th August 2014 and Wednesday 13th August 2014
OPENING TIMES: To be confirmed

The details for next year’s British Fireworks Championships in 2014 have been released.

This years event will be bigger and better than ever according to organisers as the beautiful Plymouth Sound plays host to the best display companies in the UK.

Over the two days, Tuesday 12th August 2014 and Wednesday 13th August 2013 there will be not less than four tonnes of pyro going up into the night sky.

The event is great fun for all the family and not being over the weekend it involves anyone holidaying or staying in the area to see particularly when they have more than 200,000 people visiting the Hoe to see the next professional team to be crowned British Firework Champions.

The 2013 champions Star Fireworks were awarded Champion of Champions following the shocking weather in 2012 with gale force winds made it impossible to see the fireworks well and the decision was made to hold over the result and re-compete.

We will bring you the running order as soon as it is confirmed as I am sure this is going to be battle royal this time around.

An awesome new pack has just dropped here at EPIC fireworks! via GIPHY A marvel fans dream come true, this Avengers ...
Read More
Filed in: 2014, British Fireworks Championships, firework, fireworks competition, Plymouth, Pyrotechnics
Share:
Find us on Facebook Find us on Twitter Find us on Pinterest Find us on Instagram Find us on Tumblr Find us on Vimeo Find us on Youtube Find us on LinkedIn Find us on Flickr
Previous article BACKPACK MOUNTED FIREWORKS DISPLAY