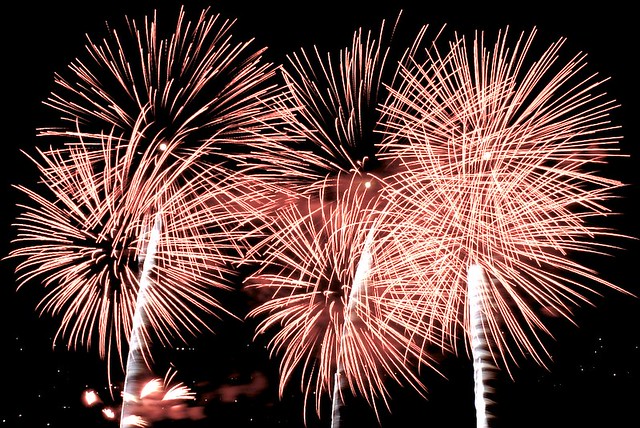 The future of Whangarei's popular Guy Fawkes fireworks display is up in the air as organisers hunt for a suitable venue.

The Lions Club of Whangarei has been putting on the annual early November fireworks display for 15 years at Okara Park.

But last year's event had to be moved as the park was being upgraded.

It was then cancelled after the alternative venue - Tikipunga Sports Domain - was deemed unsuitable because dozens of horses were nearby.

Lions Club of Whangarei president Malcolm Hawthorn said after last year's "disaster" the club had wanted to gauge public support for whether the event should continue, and if so where it should be held.

Mr Hawthorn said the fireworks spectacular was among the longest and best pyrotechnic shows in the country, but the rules stipulate that when you shoot rockets from 15cm mortars they have to be well away from people and buildings.

"Following last year's disaster we have now identified that there are no alternative public spaces that meet the fire zone and public setback regulations," Mr Hawthorn said.

"The future development of Pohe Island/William Fraser Memorial Park is the only public space with the required areas available for this activity in the future. It is ideal, being close to our old Okara site, meaning it does not have any livestock or horse issues if the event was held on the city periphery."

He said Okara Park was no longer suitable, despite its $18.5million upgrade into a multi-events centre, as there were two main impediments.

"Firstly it's [the new stadium] got a plastic roof and we can't risk the roof. Secondly, the [neighbouring] Old Boys ground has been sold to Hill Construction for development," Mr Hawthorn said.

"We used to fire our big shells from the Old Boys ground and that development will affect those setback rules."

The event took a lot of organising and raised more than $20,000 for charity, but before Lions committed to continuing it wanted to find out what the public thought.

The club had talked about putting on a free show, including possibly setting off the fireworks from a barge on Hatea River, and calling for donations, but that carried too much risk for the club.

Barge Park was also not an option because of a nearby bush, while Port Nikau had also been looked at, but that would only be for four or five years maximum.

Mr Hawthorn said if the public wanted the event to continue, and backed Pohe Island as the spot, the club would approach the Whangarei District Council for permission.

"If they wanted Pohe Island we'd have to ask the council be careful not to obscure too many sight lines, and block the views of the fireworks when they redevelop the park," he said.

"But we need to know what the public wants first."

Thanks to constant improvements in firework manufacturing, and a thirst from importers to deliver the most impressive...
Read More
Filed in: Fireworks, Guy Fawkes, November 5th
Share:
Find us on Facebook Find us on Twitter Find us on Pinterest Find us on Instagram Find us on Tumblr Find us on Vimeo Find us on Youtube Find us on LinkedIn Find us on Flickr
Previous article TONEGAWA FIREWORKS FESTIVAL 2022