This firework event has been part of the entertainment calendar now since 2003 and continues to entertain both locals and visitors alike in and around Taiwan as well as bringing much-needed funding to the local economy.

Organised by Penghu County Government, there are 23 firework display events with 17 set over the sea at Magong City’s Guanyinting Recreation area plus additional displays on some of the other areas on the Penghu Archipeligo.

There are around 90 islands in the Taiwan straight all of which have areas of stunning natural beauty featuring:

• Stunning beaches
• The whistling blowholes – these are created by air being pushed out as sea water enters the cavern below – this is in the small fishing village of Fenggui
• Fishing
• Penghu Great Bridge – this bridge connects some of the islands together and was constructed in 1970
• Food – the area is best known for the huge array of seafood on offer which is plentiful, cheap and delicious

This is a country steeped in culture and nods to its history can be seen everywhere. 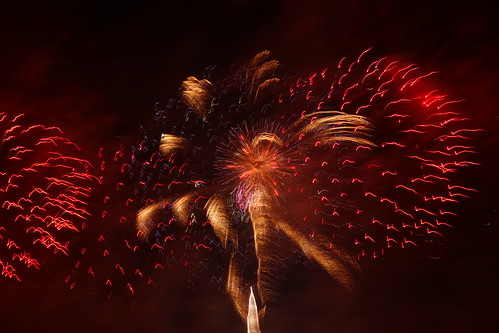 The fireworks will be provided by a number of local and international pyrotechnic companies including representatives from:

Alongside the fireworks, there will be an air show, local musicians and singers and performance artist making it a full entertainment package.