The Pattaya International Firework Festival began in 2007 to both celebrate the birthday of their beloved leader and offer a much-needed boost to the local economy. This is the 9th annual event which brings together the best of the best from around the world to entertain and delight the gathered spectators, often numbering into their tens of thousands.

The firework competition takes part in two sections. The first on the Friday, gives the display specialists a 10 minute window during which to wow the crowds on an individual basis before the event on Saturday where the teams will all pull together to put on a 45 minute spectacular. The Countries taking part are from:

As this is one of the biggest events in Pattaya there is plenty to do. There is entertainment with parades, live music, concerts and traditional and contemporary dance. And of course, there are lots of stalls around selling locally made handicrafts and the shops will stay open until late evening. 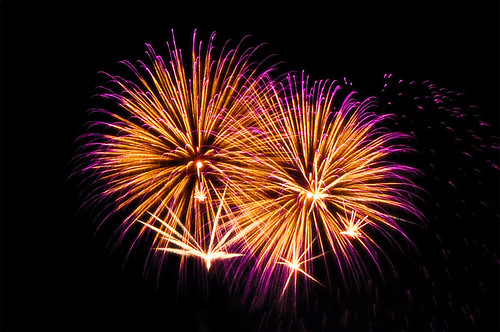 The reason for the event is to celebrate the anniversary and birthday of the King of Thailand, Bhumibil Adulyadej who has been on the throne for an impressive 65 years. His continued poor health is of course cause for concern among his very loyal subjects, but at 87, it is not unsurprising that he should be feeling his age.

They also include a flash mob which should be entertaining too but we will bring you the videos of the event as soon as they are available.

WHAT: Beppu Fireworks Festival – The Art of Light and MusicWHERE: Beppu Spa Beach, JapanWHEN: Late July 2023COST: Fre...
Read More
Filed in: 2015, firework festival, fireworks competition, Pattaya, Thailand fireworks
Share:
Find us on Facebook Find us on Twitter Find us on Pinterest Find us on Instagram Find us on Tumblr Find us on Vimeo Find us on Youtube Find us on LinkedIn Find us on Flickr
Previous article SOUTHEND’S FIREWORK DISPLAY IS TO MAKE A COMEBACK THIS YEAR!