Out of the blue - Barangaroo view for fireworks 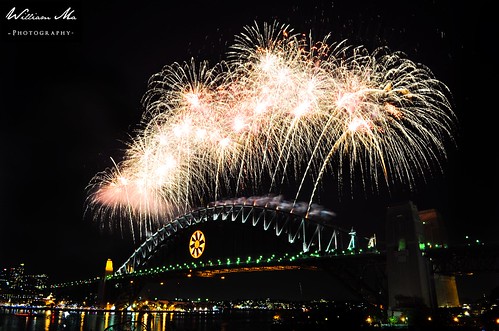 SYDNEYSIDERS looking for a free spot to watch the New Year's Eve fireworks have something to celebrate after the State Government confirmed Barangaroo will be opened for the night and a Sydney council reversed its decision to charge admission to a public park.

Woollahra Municipal Council has abandoned its plan to charge $60 per family to watch the fireworks from Yarranabbe Park in Darling Point, citing ''excessive security demands'' from local police.

The Mayor of Woollahra, Andrew Petrie, said: ''We were told by Rose Bay police at the 11th hour that we would have to employ 80 extra security guards on top of the 40 we had already planned for and would have to pay the police themselves to be there.''

Cr Petrie said there was ''no way'' the council could find or afford the extra guards.

Plans for the celebrations were made public by the Lord Mayor of Sydney, Clover Moore, yesterday and include: new high-tech fireworks; asking everyone watching around the harbour to wear something blue; and the new vantage point for 10,000 people at Barangaroo.

''As a Bundjalung woman, my ancestors believe every year we gather and we awaken the spirit within, a new spirit for each year,'' she said.

Wearing blue was a way to unite people on the night, she said, with a colour that reflected the spirit of the city.

People wanting to watch from Barangaroo must book in advance through Ticketek. Tickets are free, but there is a booking fee of between $5.95 and $9.95 on each set.

Organisers were typically secretive about what the final display on the Harbour Bridge would be this year, but Ms Roberts hinted that it would feature three distinct images that ''celebrate the ancient, new beginnings and unity''.

The fireworks director, Fortunato Foti, hinted that the blue theme would be repeated throughout the fireworks display, featuring the Australian debut of microchip fireworks, allowing greater precision in the timing of explosions and the clarity of the images created.

One and a half million people are expected to flock to the harbour for the event, which will cost the City of Sydney and its sponsors $5 million.

Cr Moore said the event would be powered by clean energy, and carbon offsets had been purchased to make it carbon neutral.

An awesome new pack has just dropped here at EPIC fireworks! via GIPHY A marvel fans dream come true, this Avengers ...
Read More
Filed in: Australia, City of Sydney, Clover Moore, Fireworks, Harbour Bridge, new year, sydney, Sydney Harbour Bridge
Share:
Find us on Facebook Find us on Twitter Find us on Pinterest Find us on Instagram Find us on Tumblr Find us on Vimeo Find us on Youtube Find us on LinkedIn Find us on Flickr
Previous article TAMWORTH FIREWORK DISPLAY BACK WITH A BANG