After team GB’s most successful medal haul to date, we welcome back to our shores our Olympic heroes and heroines. There are so many stories of pushing beyond the limits to overcome personal barriers and inspirational achievement it is hard to single out one particular person. We, as a nation, should raise a glass or at least our hats to every single one of the most epic team we have ever had representing our small island.

Leeds based boxer, Nicola Adams proving just how hard Yorkshire lasses are, winning gold. Jess Ennis taking silver for her jaw dropping display of athletic prowess over multiple events, honestly guys, how many of you could you throw a shot put which weighs 8.8 lb 13.86 meters? I know that I for one would struggle.

Back in 2012, when we hosted the games in London, if Yorkshire had been a team we would have finished with our heads held high, this time around Huddersfield athletes alone would have beaten Turkey! It is only when you consider the size of our nation it becomes more apparent at the scale of our success. 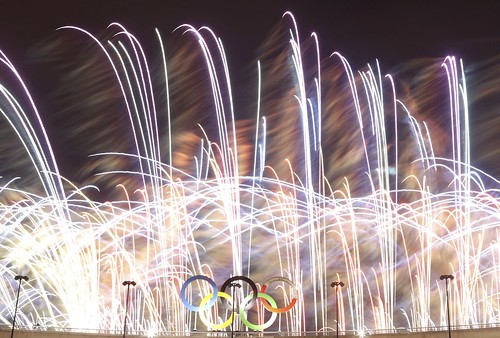 Our track cyclists well and truly exceeded any expectations lifting an astonishing six gold, four silver and a bronze medal. The fantastic GB rowing team winning three golds and two silvers, but for me, the unexpected medals we won were possibly the most surprising. Hard hitting Bianca Walkden who battled hard in the women’s 67Kg Taekwondo to win bronze was an inspiration, never backing down and giving her all. And over in the pool, the incredible talent of Adam Peaty who won Gold in the 100m Breaststroke in a World Record time made it look incredibly easy.

Commiserations to all who didn’t win a medal this time round but in a few days’ time, once rested and recovered, we are sure they will be getting ready for Tokyo 2020.

All in all, I for one was a little surprised at the games themselves as a few days before the opening ceremony some of the infrastructure was still being completed and bad press was being bandied about daily. When the biggest things to go wrong were the diving pool turning green and the high winds for the 3m Springboard semi-finals (it was an edge of the seat stuff for all the wrong reasons) Rio can say they had a pretty successful games.

We were aware of the limited budgets available and the theme of the games being aimed towards environmental concern so it was no surprise the fireworks whilst good, were not up to the standard of the 2012 London games, but well done Brazil.

Enjoy the closing fireworks ceremony, and if any of our local heroes are passing by head office near junction 36 of the M1, please pop in for a coffee and give us the opportunity to pass on our respect for a job well done.

WHAT: La Merce Festival 2023WHY: Celebration of Barcelona’s patron saintWHEN: 21st – 26th September 2023WHERE: Barcel...
Read More
Filed in: CLOSING FIREWORKS, Fireworks, fireworks display, olympics
Share:
Find us on Facebook Find us on Twitter Find us on Pinterest Find us on Instagram Find us on Tumblr Find us on Vimeo Find us on Youtube Find us on LinkedIn Find us on Flickr
Previous article SOUTHEND’S FIREWORK DISPLAY IS TO MAKE A COMEBACK THIS YEAR!