Three 'majestic queens', 150 local participants, a giant prowling tiger, fireworks and illuminated skeleton dancers are planned by Walk the Plank to transform the streets of Newcastle this New Year's Eve. 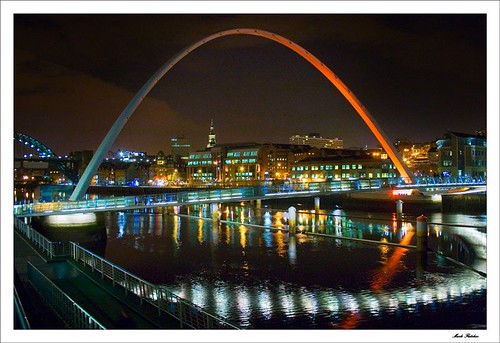 The event agency is producing the free family-friendly Winter Carnival with the Culture10 at NewcastleGateshead Initiative, in partnership with Newcastle City Council, in the hope of enticing 10,000 people to the city centre from 2pm on Thursday 31 December.

The festival's theme will be fire and ice bringing together three carnival queens, who will each represent different carnival traditions. PachaMama, created by Mandinga Arts, is a goddess revered by the indigenous people of the Andes and celebrates Latin America's diversity, sensuality and passion.

Meanwhile, South East Asia's Peacock Queen and her huge golden tiger, created by Kinetika, will prowl the streets of Newcastle, accompanied by costumed dancers and drummers.

The third royal lady is the never-seen-before, specially commissioned Ice Queen, created by Walk the Plank. Representing northern traditions of Yuletide misrule, she will display her command of fire and snow.

Floats, musicians and dancers will join the queens, parading through the centre of the city from 2pm and culminating with an early evening firework display at Newcastle Civic Centre at 6pm.

Walk the Plank have developed New Year's Eve events with Culture10 at NewcastleGateshead Initiative and Newcastle City Council over a number of years, including Glowmobiles in 2007 and 2008.

For more info on fireworks for your New Years Eve Party go to http://www.fireworksnewcastle.co.uk

The tale of Guy Fawkes and his co-conspirators is one of intrigue, skulduggery, fame and power and of course – religi...
Read More

Sparkler Art – How difficult is it really?

I was busy trawling the internet last week when I came across another piece about ‘sparkler art’ and thought ‘How dif...
Read More

As we are all aware, dependant on whereabouts you are in the UK and of course which tier your area falls into, will d...
Read More
Filed in: festival, Fireworks, new year, Newcastle City Council
Share:
Find us on Facebook Find us on Twitter Find us on Pinterest Find us on Instagram Find us on Tumblr Find us on Vimeo Find us on Youtube Find us on LinkedIn Find us on Flickr
Previous article Recycling Pyro Mesh - Squirrel Feeder