Every year since the dawn of the new millennium, fireworks have been included in New Year’s Eve celebrations across the country but nowadays, there are more and more local councils and specialist shops who are getting in on the action.

Saturday 1st November saw the gathered crowds in Manchester treated to the annual Light Switch on event which included music from Max George and Jonas Blue and of course, spectacular fireworks. 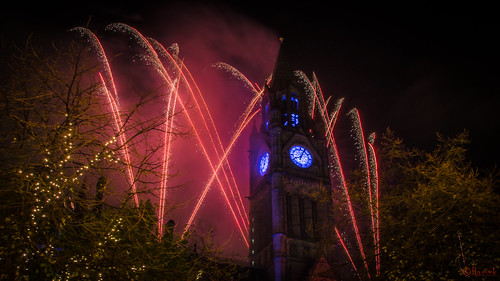 This year, Manchester will be holding its New Year’s Eve Firework event once again having fought to keep it. The event will once again take place in Albert Square in the shadow of the iconic Town Hall and will be hosted by Hits Radio’s Wes Butters and there will be a Big Screen on which to watch the countdown to Midnight.

The fireworks will be launched from the roof of the Town Hall on the stroke of midnight but sadly, this is going to be the last large-scale event taking place here for a while, as there is a four-year renovation schedule taking place to restore this Grade I listed Victorian Gothic building to its former glory. 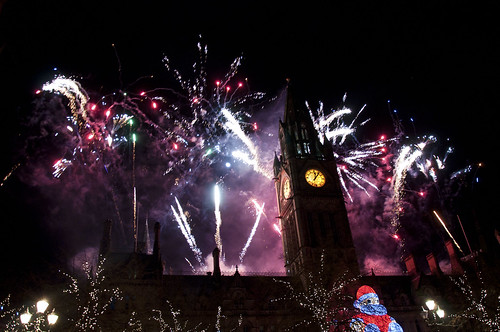 Out and about in Manchester there is literally something to suit every taste and pocket from dining at James Martin Manchester for a delicious 4 course dinner and live entertainment for a very reasonable £65.00 each to a full on New-Year’s eve overnight staycation at Malmaison which includes dinner followed by live bands, DJ, cocktails and mixers, room and breakfast for £400.00.

You can of course go along to the fireworks which are completely free and there will be several viewing areas available around the Town Hall area there will be street entertainment on site from early doors with live music from 11pm.