New Film Passfire Set To Light Up The Big Screen 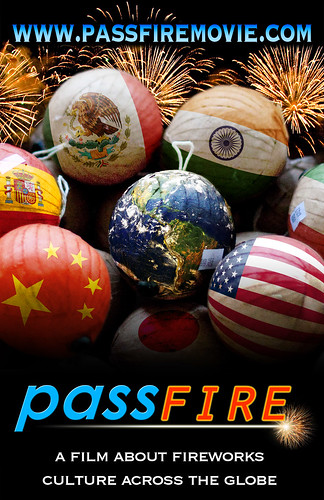 Two award-winning filmmakers are ready to dig in to the international passion for fireworks with their forthcoming film “Passfire”.

Documenting fireworks, the people who make them and the cultures behind them across the globe, this production is sure to explode on the big screen.

Brothers Jesse and Jeremy Veverka have spent more than six months planning their latest production, which has garnered support from the National Fireworks Association based in the USA. The film aims to document the rich, yet rapidly changing fireworks traditions that exist around the world and make them accessible to both fireworks enthusiasts as well as the broader public. 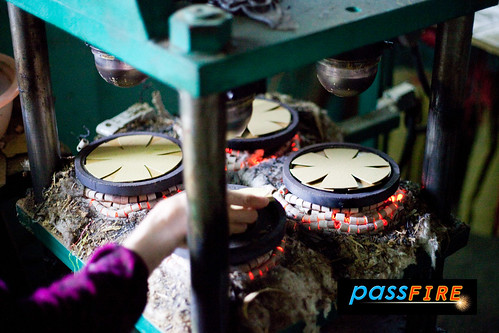 “Ever since I was a boy, I would always look forward to fireworks shows on the 4th of July — a fascination I still haven't outgrown,” said the director of photography Jeremy Veverka, 31. “I realized that there are many other adults who haven't outgrown it either. People have based their entire livelihoods on fireworks, not for the money but for the love of making things go boom.”

The brothers were inspired to pursue a long-term film project on the topic after Jesse, 34, wrote an article for CNN Travel entitled “Liuyang: Where the World's Fireworks Are Born”. His profile of Liuyang, China - the world's de facto capital of fireworks - sparked interest from Harry Gilliam, president of Skylighter Fireworks, who signed on as an executive producer for “Passfire.”

“Fireworks have a powerful, almost magical attraction to people,” Gilliam said. “I'm tickled pink that such an accomplished, professional film company is producing a documentary on how and why fireworks affect people so universally. I have been particularly impressed with the Veverka Brothers’ insights and enthusiasm for the link between fireworks and different cultures all over the world, and I am honoured to be able to help bring this production into being.”

The Veverka Brothers aim to record the biggest blasts, along with traditional manufacturing methods and cultural affairs with fireworks — a feat which will take the duo around the world. “Passfire” takes an exclusive look at the 36-inch san-jaku shell in Japan. This legendary 36-inch shell, which takes six months to craft, weighs about 400 pounds and costs almost as much as a new car. Also in Japan, “Passfire” shows how a master shell maker assembles a 12-inch shell, known as an "ichi-shaku.” Stars (round balls) are sandwiched between layers of bursting charge to create a beautiful burst-within-a-burst effect that is nearly perfectly symmetrical. Watching them being made is almost as beautiful as watching them being used. The filmmakers also discovered that Shinto priests are often on hand at Japanese factories to thank the gods for ensuring the safety of workers. This is just one aspect of culture connected to fireworks that “Passfire” aims to explore. 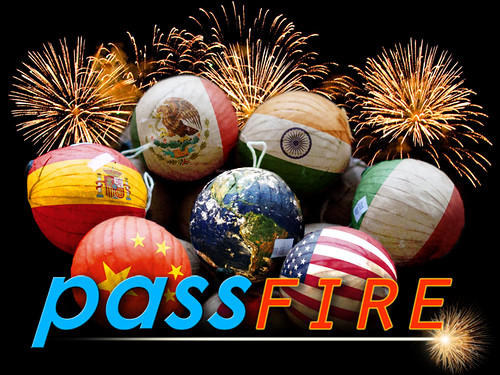 Highlights of the production also include tours of the world's largest fireworks factories in China, scenes of jumbo-size Thai Girandolas helicoptering into the sky, celebrations at a fireworks festival in Tultepec, Mexico, honoring the patron saint of pyrotechnics, San Juan de Dios, and a glimpse of Malta, where Catholic parishes compete with one another for the best fireworks shows.

“There have been some interesting stories about the way fireworks are made, their history, or how shows are put together, but there has never been a film of this scale that looks at the way people show their love for fireworks around the globe,” says director Jesse Veverka, adding that many of the scenes offer glimpses of fireworks that have never been seen by the broader public before.

Despite the global perspective, Jesse and Jeremy realize that a part of fireworks culture lies in their own backyard — the USA. They are documenting the work of Tom Dimock, a licensed pyrotechnician in Ellis Hollow, New York. Dimock co-organizes a special fireworks show every Labor Day, and has won several awards from the Pyrotechnics Guild International. They'll also be checking out fireworks around American Independence Day (4th July), where the sky of the entire nation lights up with brightly coloured blasts and the largest shows of the year.

"Passfire" is a big project with a budget of around a quarter of a million dollars. The Veverka Brothers have already raised seed money with the help of the National Fireworks Association, Skylighter Fireworks, and independent producers. The filmmakers will launch a Kickstarter campaign to crowd-fund the next phase of the budget on January 28, 2013, in order to continue filming throughout the spring. This production requires support from fireworks fans so the filmmakers can continue production.

This is the largest project that the Veverka Brothers have taken on in their careers so far. Previously, they created the feature-length documentary “China: Rebirth of an Empire,” which screened at 24 film festivals internationally and took home six awards, including Best Documentary. Their documentary short “Malana: Globalization of a Himalayan Village” and narrative short “Bus to Somewhere” continue to screen at festivals worldwide.