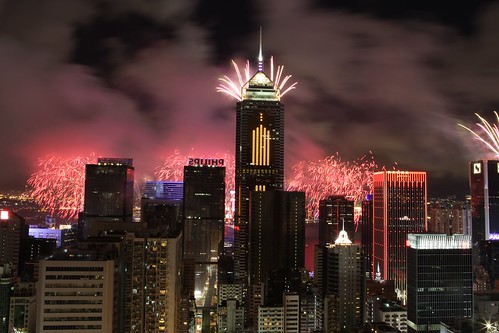 Back in 1997, when the British returned the rule of Hong Kong back to China, the people of the island celebrated with fireworks. By 1998, the crowds were in excess of a third of a million but these figures have continued to decline despite massive corporate sponsorship.

Sadly, following the loss of 39 lives in last years ferry crash, the government have made the decision to call off this year’s festivities as a mark of respect but they have also warned that as a result of a drop in interest they are debating whether or not to reinstate the event in the future. There are mixed views from the locals but overall the people appear to be erring on the side of the government as 3:1 against re-introducing the display.

There are many however who think that a better and more appropriate way of celebrating the lives of those who perished would have been with a 2 minute silence and a stricter regime in regards to safety standards on board the boats and other pleasure craft taking people around the harbour.

The investigation into the crash clearly highlights that it is the whole disregard for the safety of the people using the pleasure craft that are being held to account as they described the ‘systemic failings’ of the marine department of the harbour in Hong Kong which is listed as the worst maritime incident in Hong Kong in the last 40-years.

We hope that in the future, they will reintroduce the event for the people of Hong Kong to celebrate their continued freedom and celebrate as only the Chinese really know how … WITH MASSIVE FIREWORKS

Thanks to constant improvements in firework manufacturing, and a thirst from importers to deliver the most impressive...
Read More
Filed in: ferry crash, Fireworks, Hong Kong, National Day Fireworks, Under Threat, Victoria Harbour
Share:
Find us on Facebook Find us on Twitter Find us on Pinterest Find us on Instagram Find us on Tumblr Find us on Vimeo Find us on Youtube Find us on LinkedIn Find us on Flickr
Previous article TONEGAWA FIREWORKS FESTIVAL 2022