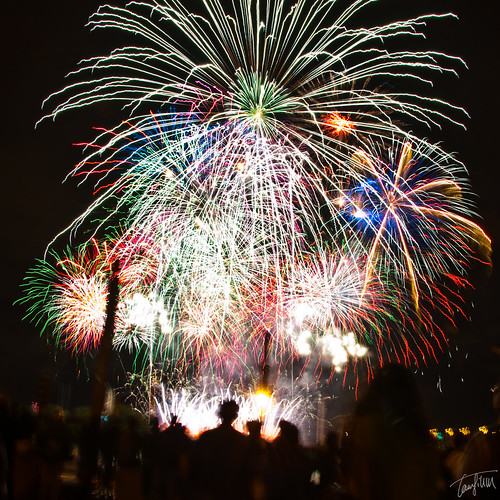 MONTREAL - Let there be food and wine, let there be song and dance – and let there be light. The Montreal High Lights Festival, which kicks off Thursday, Feb. 18, is a celebration for all the senses that culminates with the Nuit Blanche on Feb. 27. Events take place at the Place des Festivals for the first time this year, as well as in Old Montreal.

Here are just a few of the light spots on the schedule, organized by both the festival and the Quartier des Spectacles.

•Fireworks at the quays of the Old Port at 8 p.m. Thursday through Sunday (Feb. 18-21) and Friday, Feb. 26, to Sunday, Feb. 28.
•Yuga, the film, about the history of the universe, will be shown by six synchronized projectors inside the walls of the Ambiosphère L’Oréal, an enormous sphere that has been erected on the Place des Festivals. It screens free of charge every day from noon until 9 p.m. every half hour. On Feb. 27, screenings run until 3 a.m.
•The High Lights Event, a multimedia show titled Les Ombres, features 60 performers including singer Elsiane and DJ Dee. It alights on the Place des Festivals, Saturday at 9 p.m.
•Lyon lighting designers brighten the belltower at the former St. Jacques Church at UQAM, with lights from the tower casting a red beam in the four cardinal directions, while a light installation will be projected on the preserved church facade on Ste. Catherine St. E. That’s during the Nuit Blanche, Feb. 27.
•Also on Feb. 27, the Monument National will be the scene of a sound and light show outdoors, and screenings of the world’s best short films indoors, from 9 p.m. to 3 a.m.

Every year around the world, people gather to watch the clock tick over from 11:59pm on December 31st, to 12:00am on ...
Read More
Filed in: Fireworks, Montreal
Share:
Find us on Facebook Find us on Twitter Find us on Pinterest Find us on Instagram Find us on Tumblr Find us on Vimeo Find us on Youtube Find us on LinkedIn Find us on Flickr
Previous article THE HISTORY OF SKY LANTERNS