The three-day "Connect to London" trip is run by the Mayor's inward investment agency Think London and funded by the taxpayer.

The 35 firms include the suppliers who provided stadium seating, official merchandise, catering and fireworks to the Beijing Games. 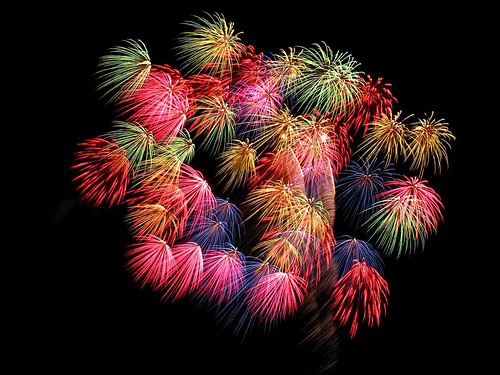 Delegates will today have lunch with Mayor Boris Johnson before being taken on a guided tour of the Olympic Park as part of a three-day itinerary.

Attempts to woo Chinese businesses began at the trade pavilion London House at the Beijing Games. Mr Johnson hopes the major companies will establish their western headquarters in London. He also hopes to lure Chinese investment into the legacy of the Olympic Park.

Firms on the trip include Beijing 2008 caterer South Beauty, fireworks supplier Panda, merchandiser Beijing Gongmei and Zhejiang Dafeng, which supplied stadium seats for the last two Games. Beijing-based lighting firm Crystal Digital - which was behind the Beijing Olympics' opening and closing ceremonies - has already opened an office in London in the hope another Olympic order.

If you’ve ever been to a fireworks display, or even dabbled in setting off your own smaller display at home, you may ...
Read More
Filed in: Beijing 2008, Fireworks, London, london 2012, Panda
Share:
Find us on Facebook Find us on Twitter Find us on Pinterest Find us on Instagram Find us on Tumblr Find us on Vimeo Find us on Youtube Find us on LinkedIn Find us on Flickr
Previous article SOUTHEND’S FIREWORK DISPLAY IS TO MAKE A COMEBACK THIS YEAR!