A stunning fireworks display wowed VIP guests at the opening party on Saturday.

So what tempted Seal, Tom Jones, Paris Hilton, Monica Bellucci, Richard Gere, Sharon Stone and Mariah Carey to Turkey for the opening of a $1.65bn resort?

Champagne costs £25 a glass, toilets are remote-controlled, guests select linen and pillow firmness from a ‘pillow menu’ alongside each bed and the private beach has been created from 9,000 tons of the silkiest white sand imported from Egypt.

The pool is a full five acres of sparkling blue water, across which guests can take gondola rides that take 30 minutes.

In the middle of the pool sits a sunken aquarium with 2,400 fish, so you can literally ’swim with the fishes’ (including sharks) - albeit on the other side of a thick wall of glass. 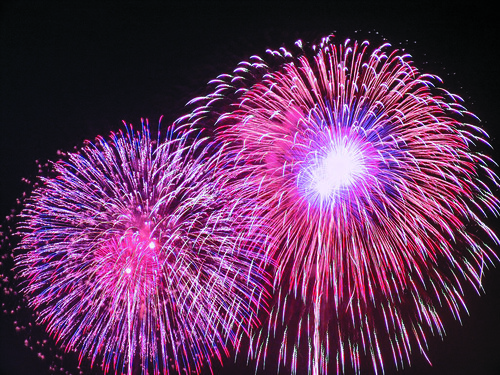 Meanwhile, the waterside Italian restaurant (one of 11 on site) is stocked with Hermés crockery worth £1.35million.

Of course, if you’re going to spend a vast fortune building a place like this, you might as well start with a bang, which is why Ismailov chose to throw an opening party to beat them all.

He’s flown in superstar songstress Mariah Carey to perform (at a rumoured cost of £1 million) along with Tom Jones as the opening act. They are both on hand to entertain VIP guests including Ms Stone, Richard Gere and Paris Hilton, who have all been paid to attend and flown over on private jets for a black-tie party set to last for three days.

The party itself is a jaw-dropping extravaganza of excess. The fireworks display goes on for nearly an hour, and 600 party guests are treated to Cirque du Soleil-style acrobats on tightropes suspended hundreds of feet overhead. Paragliders soar in the sky above, each bearing one letter of the hotel’s name, while dancers perform in giant clear glass bubbles on the surface of the enormous swimming pool.

Generally speaking, disposing of fireworks is very straight forward, however it is important to always exercise cauti...
Read More
Filed in: celebrity, Cirque du Soleil, Fireworks, hotel, Ismailov, marden palace, style, turkey
Share:
Find us on Facebook Find us on Twitter Find us on Pinterest Find us on Instagram Find us on Tumblr Find us on Vimeo Find us on Youtube Find us on LinkedIn Find us on Flickr
Previous article PLEASE STAY SAFE :)