Manchester Set To Have Another ‘Damp Squib’ This New Year Again 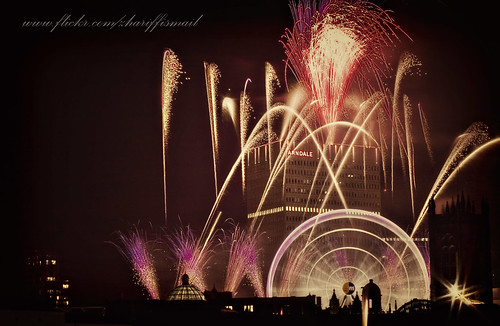 Last year, we have brought the news that Manchester City centre was not going to have fireworks on New Year’s Eve because of financial constraints. Back then, Pat Karney, Manchester’s City Centre spokesman, said that he deeply regretted the decision to cancel the annual New Year Fireworks display and went on to admit that “something was missing” from the City’s Celebrations and pledged that “they would return in time for 2013”.

However, it would appear that politically, you can say one thing and do quite another. The decision has been changed again and the council now have the audacity to ask the local traders once again to contribute £20,000.00 for the New Year Fireworks having just blown £175,000 on a recent Alicia Keys concert held in the City.

Needless to say, the people of Manchester are not in the least bit impressed regarding this decision and are asking the question, ‘would it have been asking too much, having let down the people who live and work in this City last year, to put the said £20,000.00 to one side for this event’.

What they also fail to realise is that whilst they are allegedly using the funds from the Council to generate custom to the area and to develop areas of the City which were previously overlooked, would it really have been too much to ask to ensure that your own, and their families, manage to have a celebration to suit them all rather than the select few who would have benefited from the Soul Diva’s recent concert.

It would appear that despite assurances, there is unlikely to be a last-minute reprieve so club together with family and friends and stay at home with your own food and refreshments and have a few fireworks of your own.

Mine cakes are a harder to find, seldom seen, firework which unlike traditional mines are made up of multiple tubes a...
Read More
Filed in: 2012, Damp Squib, Fireworks, manchester, new year
Share:
Find us on Facebook Find us on Twitter Find us on Pinterest Find us on Instagram Find us on Tumblr Find us on Vimeo Find us on Youtube Find us on LinkedIn Find us on Flickr
Previous article SOUTHEND’S FIREWORK DISPLAY IS TO MAKE A COMEBACK THIS YEAR!