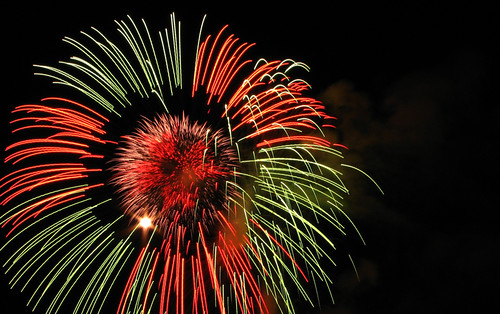 The 9th Edition of the Malta International Fireworks Festival will be organised by the Parliamentary Secretariat for Tourism and the Malta Tourism Authority. Grand Harbour will once again provide the perfect setting for this event, which will take place on the 29th and 30th of April 2010. The festival shall also form part of the 6th Anniversary Celebrations of Malta’s accession into the European Union. (2004).

Participating in the festival will be numerous Maltese and two Italian Fireworks Companies. Orzella Fireworks Company of Rome will open the first evening on April 29. There will be numerous fireworks displays synchronized to music. This will be coupled with a variety of competitive displays by numerous Maltese fireworks factories. A fireworks display synchronized to music will close the event on each evening. One of these will be designed by the Santa Maria Fireworks Factory of Mqabba and the other will be designed by the Mount Carmel Fireworks Factory of Zurriq. On April 30, the world-renowned Parente Fireworks Company of Italy will be closing the festival with its own grand pyro-musical display.

The best viewpoints to enjoy the fireworks displays will be from Barriera Wharf on the Valletta seafront or else from on top of the bastions of the capital city Grand Harbour.

Tradition of Fireworks in Malta

Fireworks in Malta have a long tradition which goes back to the time of the Order of the Knights of St John. The feu de joie, the musketterija, the solfarelli d’aria, St Catherine’s wheels (irdieden) and other forms of fireworks originated from explosives that were lit off from mortars as an expression of rejoicement on special occasions, such as the election of a Grand Master or a Pope as well as on the birth of a prince. This centuries-old tradition is still very much alive in the crowded calendar of village festas that take place all over Malta and Gozo.

WHAT: Flamborough Fire FestivalWHY: New Year CelebrationsWHERE: The Festival Arena is situated at Mereside, Flamborou...
Read More
Filed in: Fireworks, fireworks festival, malta
Share:
Find us on Facebook Find us on Twitter Find us on Pinterest Find us on Instagram Find us on Tumblr Find us on Vimeo Find us on Youtube Find us on LinkedIn Find us on Flickr
Previous article THE HISTORY OF SKY LANTERNS