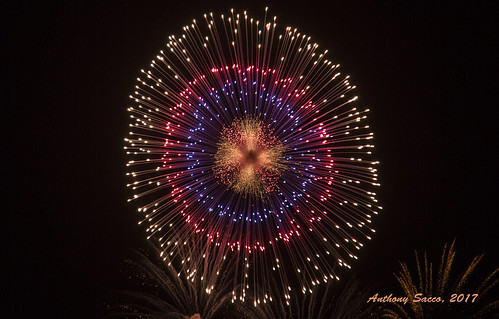 This year’s fireworks festival seems to have been jinxed from the start – the difficulties faced by participants, a 24-hour postponement due to hitches when importing the foreign fireworks, and technical problems during Friday’s display – things that happen in live spectacles, entertainers would say.

But this year’s hitches could very well prove to be an ill omen for the future of fireworks in the years to come, depending on the outcome of an appeal case currently before the courts.

The festival’s organisers this year opted for a different location from where to off the fireworks, abandoning Dockyard Creek in favour of Kalkara Creek – the reason being that while Dockyard Creek is densely populated on both sides, especially Senglea, Kalkara Creek lies between Vittoriosa, including Fort St Angelo, and the less populated peninsula leading to Fort Bighi.

The populated area consideration is topical given recent and ongoing judicial proceedings with regard to the setting off of fireworks.

A constitutional judgment delivered on 26 March changed the legal interpretation of the place from where fireworks are to be set off.

The law stipulated that fireworks were permitted to be discharged only from a spot that was 200 metres away from an “inhabited area”, which was defined as an area inhabited by 100 or more people.

Following a constitutional application, the court decreed that people living in clusters of less than 100 people were being discriminated against, thus their rights to privacy and freedom from discrimination were being violated. Consequently, the judgment effectively nullified the previous definition.

The legal change has not been implemented as yet since a constitutional appeal has been filed. However, fireworks enthusiasts are scared stiff of the possibility that the original judgment will be confirmed, which would mean the de facto demise of fireworks in Malta.

Malta Tourism Authority events manager Martin Morana, responsible for organising the fireworks festival, told this newspaper that the location of barges used to let off fireworks was designated by Malta Maritime Authority. He explained that the Authority was responsible for the sea traffic in and out of the busy harbor.

Mr. Morana held that the show had moved out of Dockyard Creek due to the recent expansion of Grand Harbour Marina.

Malta Pyrotechnic Society vice-president Joseph Camilleri said factories had been facing some problems recently with the reduction in quotas for basic material used in their concoctions, mainly potassium nitrate and potassium chloride. A decrease in these materials, he said, meant a correlated decrease in the number of fireworks produced.

Asked whether the new area suited enthusiasts’ needs, he explained that it was always better to set off fireworks from land than from barges. Northeastern winds can be a great hindrance in this case, as experience has shown, he said. Mr Camilleri described epic battles against the infamous Grigal winds, which meant spending three hours anchoring just one barge. “Trying to manage the setting up of fireworks and letting them off in such conditions is more dangerous than their actual manufacture,” he remarked.

The notion that sea traffic might be an added hindrance was suggested, to which he replied that Sidney Harbour Bridge is only closed for half an hour prior and following fireworks displays. The bridge, he said, is not even closed during the 10 days it takes workers to place tons and tons of fireworks on the bridge.

Mr. Camilleri also referred to the recent court judgement, which could effectively mean the end of aerial displays. Village feasts will cease to include fireworks in their programmes, he lamented, as most villages do not have an uninhabited area within a 200-metre radius from where to let off fireworks.

In Catania, he said, fireworks are let off from a garden not far from the Cathedral of Sant’Agata. He recalled that the completion of the three-year restoration of the façade of St Peter’s Basilica was celebrated by a fireworks display from the roof of the 500-year-old building.

Mr. Camilleri foresaw a grim future for tourism if fireworks in Malta are stopped, as the country’s efforts to attract tourists included a heavy dose of fireworks and village feasts. On a micro level, he added, village feasts do help the economy by generating general expenditure on a variety of goods, from equipment and perishables used by enthusiasts to decorate the church, clubs, and streets, to food and drink.

Back to the festival, MTA postponed it “due to mechanical faults that the ship transporting the fireworks developed”. The foreign fireworks did not enjoy much luck after arriving on the island, especially those used on Friday.

People attending the festival had to bear with a number of stoppages resulting from technical hitches and sea traffic.

Two Maltese displays were not given at the designated time due to technical problems, while the programme was suspended for a while due to sea traffic, and the arrival of the Sicily ferry.

Those who braved the cold were told at 11.25pm that a foreign display would start at about 11.50pm. However, the first fireworks of the Maltese displays that had been skipped were let off at 1.10am, by which time quite a large number of people had left their vantage points. The foreign display followed later.

People who contacted this newspaper yesterday complained that Friday’s session was run sporadically, but could not complain about the actual displays, which were described as “marvelous”.

Every year around the world, people gather to watch the clock tick over from 11:59pm on December 31st, to 12:00am on ...
Read More
Filed in: firework, Fireworks, fireworks festival, foreign fireworks, malta
Share:
Find us on Facebook Find us on Twitter Find us on Pinterest Find us on Instagram Find us on Tumblr Find us on Vimeo Find us on Youtube Find us on LinkedIn Find us on Flickr
Previous article INSTANTLY LIGHTING OVER 10 KILOS OF EPIC FIREWORKS