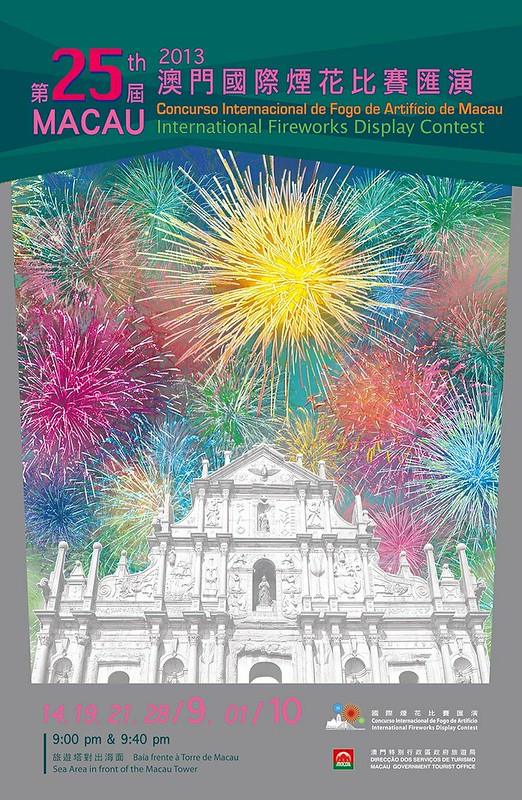 This year, the Macau International Fireworks Competition celebrates its 25th anniversary of one of Asia's most breathtaking firework competitions.

The contest is held over a 5 week period (please see full schedule below) and the final night of the competition is always held on the 1st October to coincide with China National Day.

Ten world-class competing teams which will take part in the firework contest, here is a list of the ten participating countries:

4 of the above firework teams have previously won first prize in the competition and this year it's the first time an African fireworks company has joined the contest along with Canada, Switzerland and China.

All competing teams will fire their display synchronised to music and for the first time this year, they will also be allowed to use laser shows as-well - Each firework display will last approximately 18 minutes each.

Here is the full programme of which team is competing on which day:

We wish all the competing team the very best and will update you of the winner in October along with videos and pictures :) 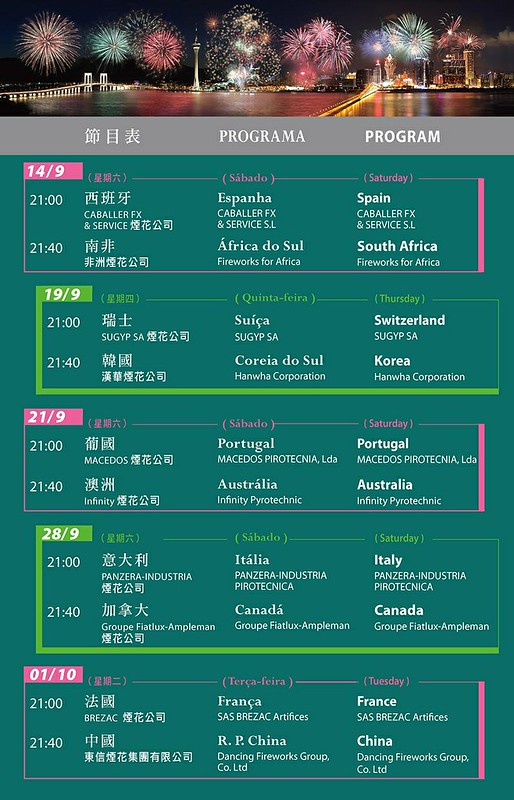