Victorian England was both great and powerful and in the depths of despair as the rich got a little richer and the poorer only more so. Victoria came to the throne as an 18-year old young woman and saw the beginnings of industrialization, improvements in sanitation and the establishment of the railways both here in the UK and overseas leading to the golden era.

Europe was pretty much settled for a short while, but France ended up in the middle of a revolution and several noteworthy people were forced to leave and move to Britain. One such person was the Polish composer Chopin. He came here utterly penniless but thanks to the support of a British lady Jane Stirling and her sister who took him in and set up shows and recitals to enable him to earn money to keep himself. He even played before Queen Victoria and Prince Albert at Lancaster house. 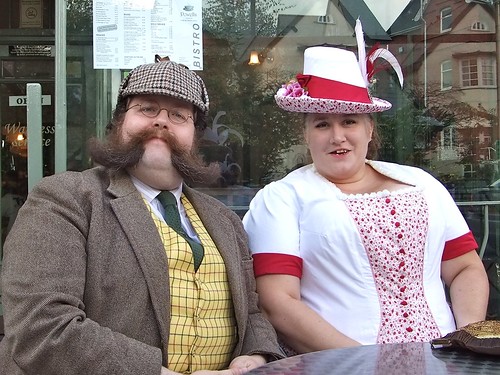 No self-respecting Victorian themed event would be complete without Gilbert and Sullivan. The Metropole Hotel will be hosting an afternoon or classical music, featuring both Chopin and his contemporaries at the time as well as music from the works of Gilbert and Sullivan including some arias from their best works.

There will be events taking place throughout the day and early evening daily including a reading of A Tale Of Two Cities by the grandson of Charles Dickens, a vintage and classic car event and even a historic bicycle ride using some of Victorian England’s finest examples Penny Farthing, like Starley’s Royal Salvo tricycle as owned by Victoria herself.

Tea dances, children’s fancy dress, brass bands and entertainment across the Town before Sunday evening treats us to a pipe band and torchlit procession and FIREWORKS.

It will be a great chance to see some of the town and country’s history and of course, the firework show is just the crowning glory.

An awesome new pack has just dropped here at EPIC fireworks! via GIPHY A marvel fans dream come true, this Avengers ...
Read More
Filed in: firework show, LLANDRINDOD WELLS, VICTORIAN FESTIVAL
Share:
Find us on Facebook Find us on Twitter Find us on Pinterest Find us on Instagram Find us on Tumblr Find us on Vimeo Find us on Youtube Find us on LinkedIn Find us on Flickr
Previous article INSTANTLY LIGHTING OVER 10 KILOS OF EPIC FIREWORKS