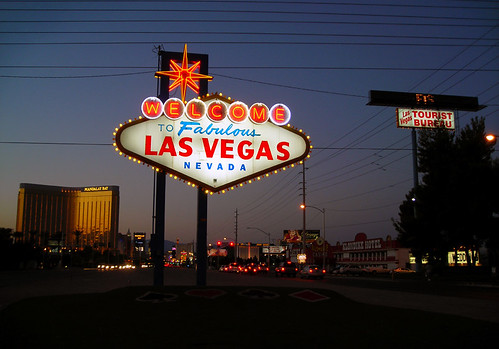 The firing locations include the MGM Grand, Planet Hollywood, Aria, Caesars Palace, Treasure Island, Venetian and the Stratosphere.
Fireworks by Grucci of New York will again coordinate the pyrotechnic display.

"Las Vegas continues to be the best venue in the world to ring in the New Year," said Rossi Ralenkotter, president and CEO of the LVCVA. "The fireworks will culminate an evening of celebrity-hosted events at nightclubs, special dining experiences at restaurants, live music at the Fremont Street Experience downtown and much more. There is no other destination that offers the excitement on New Year's Eve."

Thematic elements and the musical portion of the fireworks show will be announced at a later date, however even without knowing all the exact details, this already sounds like one HUGE new year bash.

There is nothing more spectacular than watching a firework display which has been perfectly designed to music. That s...
Read More
Filed in: Caesars Palace, Fireworks, las vegas, Las Vegas Strip, new year
Share:
Find us on Facebook Find us on Twitter Find us on Pinterest Find us on Instagram Find us on Tumblr Find us on Vimeo Find us on Youtube Find us on LinkedIn Find us on Flickr
Previous article AUTUMN LIGHTS RETURNS!