Established in 2016, this event was recently voted as one of the top 5 must-see events on Trip Advisor and it made its way into The Times’ top 30 Great Britain mini break recommendation, so it has certainly reached a bigger than expected audience.

Basically, it is an hour and a half of a brief rundown of England’s history over the last 2000 years. A cast of thousands including thespians and support staff all pull together with experts in pyrotechnics to bring to life some of the great events which put the Great in Britain. 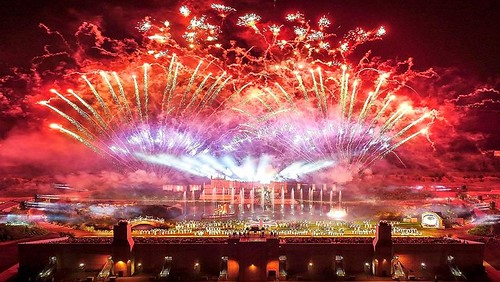 Be warned, this is a wholly outdoor event so you will be exposed to the elements with absolutely no shelter so if the weather does change, get ready to be wet.

The story being told is about a young man called ‘Arthur’ who travels back through time giving a brief snapshot of historical events and influences along the way. 2000 years of drama packed into 90 minutes of entertainment featuring battles, pageantry and of course Viking invasions alongside medieval horseplay. 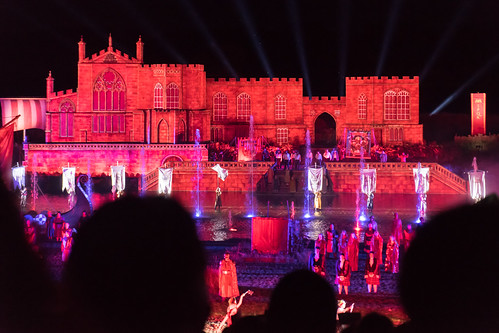 From Boudicca to the Tudor court, Stephenson’s steam engine, longboats, and even a nod to Roman ruler Emperor Constantine from 306AD.

All this and fireworks from the professional firing team from Reaction Fireworks – previous winners of both the British Firework and British Musical Firework championships – what more could you want.

Dubai is to hold another record-breaking celebration to welcome in 2023.Each year, Dubai utilizes their spectacular B...
Read More
Filed in: 2019, AN EPIC TALE, Fireworks, KYNREN
Share:
Find us on Facebook Find us on Twitter Find us on Pinterest Find us on Instagram Find us on Tumblr Find us on Vimeo Find us on Youtube Find us on LinkedIn Find us on Flickr
Previous article TOP 5 HALLOWEEN FIREWORKS