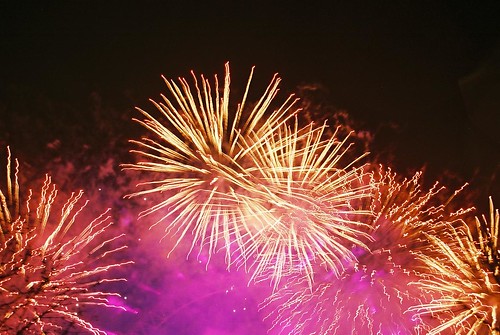 Jack Morton Worldwide is creating the fireworks display to mark midnight on New Year’s Eve over the River Thames and the London Eye.

This is the sixth consecutive year the brand experience consultancy has designed the event for the Mayor of London.

Millions of people across the country are expected to watch the display live on BBC One, and there will also be viewing areas by the Thames to see the display.

London Mayor Boris Johnson says, ‘London will bring in 2010 with a bang, a glittering explosion across the midnight sky. We want to show the world we are looking forward to the future with the optimism and energy that characterises our capital and makes it the most exciting city on earth.’

Julian Pullan, EVP managing director, EMEA, for Jack Morton, says, ‘We are now in our sixth year of working on the New Year’s Eve celebrations, and are very pleased to be continuing our partnership with the Greater London Authority on this event until 2011.’

WHAT: Planet CoasterWHY: A fantastic theme park and firework simulator.WHEN: Out now.WHERE: Most gaming platforms.COS...
Read More
Filed in: Boris Johnson, Epic Fireworks, Fireworks, Greater London Authority, London, London Mayor, New Years Eve, River Thames
Share:
Find us on Facebook Find us on Twitter Find us on Pinterest Find us on Instagram Find us on Tumblr Find us on Vimeo Find us on Youtube Find us on LinkedIn Find us on Flickr
Previous article AUTUMN LIGHTS RETURNS!