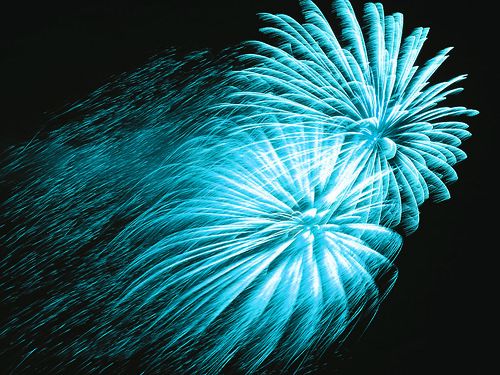 Each year the skies above Herrenhausen light up with some of the most spectacular fireworks in the World as the stage is set for the Competition of 2012.

On five Saturdays between May and September 2012, each of the countries displays with the help of the best pyrotechnists in the World will represent England, China, Croatia, Mexico and Portugal. They are tasked with creating a display of 25 minutes, including musical interpretation and the drama of fireworks and the images created in the skies above are nothing short of beautiful.

Competing nations and their representatives are as follows:

The display is broken down into sections and begins with a set programme followed by the free section where the technicians have the right to show their artistic interpretation of the music with a number of ground and aerial display shells.

Hours prior to the start of the displays, the visitors start to gather to listen to the music and performances of local artists in Hanover’s stunning Herrenhausen Gardens.

The Gardens were created in the English style between 1692 and 1714 by Sophia, Princess of Palatine of the Rhine who was Electress of Hanover. The gardens are used throughout the Year for Classical Music concerts, theatricals, art exhibitions and general music performances.

For more information about the events, go to their official website:

Please be aware that the website is in German and will require translation for those of you who are a little rusty :)

The name Dum Bum is synonymous with loud noise, and lovers of louder fireworks will be very familiar with the brand, ...
Read More
Filed in: Herrenhausen, International Fireworks competition
Share:
Find us on Facebook Find us on Twitter Find us on Pinterest Find us on Instagram Find us on Tumblr Find us on Vimeo Find us on Youtube Find us on LinkedIn Find us on Flickr
Previous article SOUTHEND’S FIREWORK DISPLAY IS TO MAKE A COMEBACK THIS YEAR!