Back in 2009, due to ongoing forest fire concerns in the area, the annual firework display over Mount Rushmore was cancelled but President Trump and the Governor of Dakota, Kristi Noem have publicly stated that they want the display to return to the area.

The reason for the original cancellation of the display was due to the impact of a pine beetle infestation of the forest surrounding the Black Hills, which had devastated the wooded areas, leaving behind a dry shell as the beetles killed off trees one after another. The remaining timber was ultimately like tinder and one small spark and another uncontrolled fire would be underway. Bug killed trees have been thinned out to try to stop the spread of fire and over the last 10 years, the region has recovered to a greater degree.

Expecting to gain the go-ahead to hold a 15 to 30-minute display on July 3rd, which historically was the date of the display in the past, enabling visitors to attend other events on 4th July in the region. The events in the past included picnics, live music, and re-enactments of events that took place back in 1776 for the entertainment of the thousands expected to attend.

Before the display is given the go-ahead, a full environmental analysis is to take place and there have been complaints about the burn marks on a couple of the heads of previous presidents but realistically, this is still likely to be the firing site. 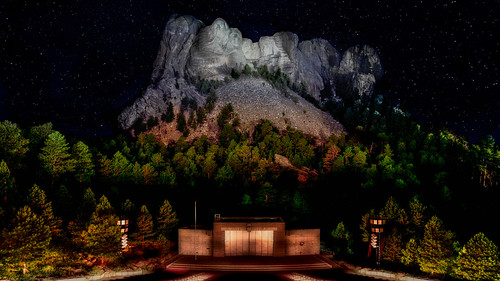 Sadly, the native American people in the region; Lakota Sioux, are once again being ignored. Back in 1868, the area surrounding Mount Rushmore was given ‘in perpetuity’ to the native American people BUT of course, that promise was only kept until the 1870s when gold was found on the site and the local tribesmen once again lost their land. The Black Hills are a sacred site containing the burial grounds of ancestors over centuries so quite understandably, they are reticent to permit the event to go ahead but only time will tell. The Chairman of the Yankton Sioux Tribe; Robert Flying Hawk, has lodged a complaint, objecting strongly to the re-introduction of the fireworks at Mount Rushmore citing that the event is sacrilegious and violates his tribe’s spiritual beliefs. 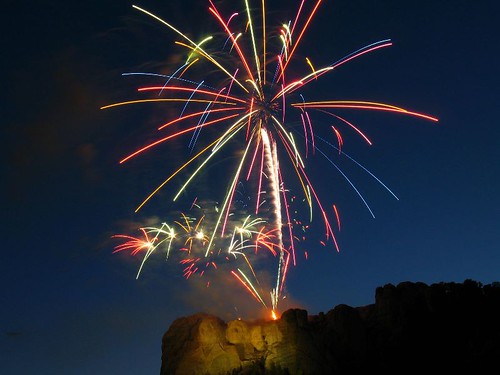 The first of several consultancy meetings took place on 10th March 2020 and in addition to the concerns of the native Americans, locals are really worried about the impact on the water supply and of course who is going to pay for the event? Who will cover the cost of temporary toilets, policing and stewarding in addition to having tens of thousands of spectators to the area?

When a ‘suggestion’ is supported by President Trump, who back in January confirmed that the environment was in a better position now to support the celebrations for Independence Day, it is highly probable that it will go ahead but we will keep you updated.