How Do You Make Your Christmas Tree Sparkle. 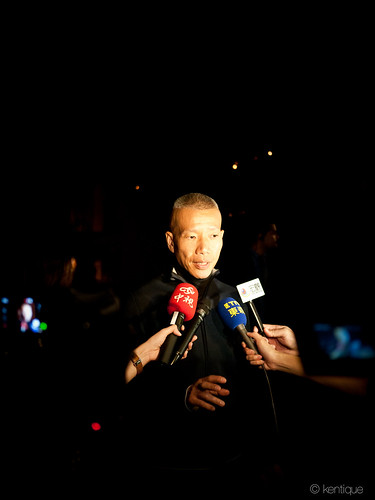 All those of a certain age (you know who you are) will remember fondly the Griswald’s National Lampoon’s Christmas Vacation for the brilliance of the comedy coupled with some of the most garish Christmas decorations in history but the famous Chinese artist Cai Guo-Qiang is planning a daytime fireworks show including a Christmas Tree that will simply take your breath away.

To celebrate the Sackler Gallery’s 25th anniversary this Friday this amazing event will be held at 3:00pm in front of the Freer Gallery. The Freer Gallery, which opened in 1923, is the Smithsonian’s first fine arts museum. The gallery houses a world-renowned collection of art from China, Japan, Korea, South and Southeast Asia, and the Near East.

Visitors to the Gallery will be able to see the explosive event for themselves. It is going to have over 2000 fireworks and including specialist lighting and smoke to create a beautiful sight on the 40-foot high pine tree. Cai, internationally renowned for taking the mundane and moving it to another level has said that this will be the perfect union of mother nature and art.

The event will feature three separate explosions. The first will only last a couple of seconds so if you are going along you will have to have your wits about you in order to capture it on camera. The next section will involve a small number of continuous explosions on the tree which will give the effect of twinkling and finally, there will be lights, smoke and the twinkling together to create the full lit tree effect.

This has not been tried in advance as this goes against the artiste's ethos as he would rather experience the whole thing for the first time along with the gathered crowds. He has said that the whole thing should, with the addition of the smoke, look like a tree in an ethereal setting but if the wind changes direction, this could affect the display which will result in the whole thing being obliterated by black smoke.

We have featured works by this fantastic artist before including daytime fireworks and they all create art using fireworks out of their usual setting. The Christmas Tree event is not the first exhibition he has held in Washington as he created a giant tornado for the Kennedy Centre and a huge ship in the Sackler Gallery some years ago. We will feature footage of this event once it is available.

Cai is in the USA to receive the first State Department Medal of Arts along with a number of other noted artists.

WHAT: Flamborough Fire FestivalWHY: New Year CelebrationsWHERE: The Festival Arena is situated at Mereside, Flamborou...
Read More
Filed in: Cai Guo-Qiang, Christmas tree, Fireworks
Share:
Find us on Facebook Find us on Twitter Find us on Pinterest Find us on Instagram Find us on Tumblr Find us on Vimeo Find us on Youtube Find us on LinkedIn Find us on Flickr
Previous article TOP 5 HALLOWEEN FIREWORKS