On the 1st of October 1949 the People's Republic of China was formed. This 9.6 million square kilometres area with a population of 1.35 billion has long been considered to be the cradle of civilisation having the most diverse landscapes and most complex economy in the world.

Each year the people of Hong Kong, main land China and Macau celebrate their favourite holiday period known as the ‘golden week’ when all Chinese enjoy 3 days of paid holiday. The event has been in effect since 1997 when Britain handed the area back over to China.

Back in 2013, the island suffered a national tragedy when 39 people were killed when a ferry, the Lamma IV, was taking sightseers out to watch the commemorative fireworks display when it was hit by another ferry named the Sea Smooth. Sadly, the vessel went down so quickly, hundreds of spectators were thrown into the cold sea causing many injuries and deaths.

Due to this, a decision was taken to cancel last year’s fireworks as a mark of respect for the lost loved ones, but this year they will come back with a vengeance.

The display is expected to be one of the loudest, most extreme and hopefully most memorable shows to have been seen in the area, as plans are afoot to launch a mind-blowing thousand shells a minute, firing at a rate of sixteen shells a second for twenty-three minutes, the last-minute of the display is a closely guarded secret as this will be the mother of all finales as “something special” will take place, even our usual well-informed agents in Hong Kong have either been sworn to secrecy, or left out of the loop completely. All we know for sure is “it will resemble a war zone” and will be VERY loud.

Hotel rooms around the Tsim Sha Tsui promenade and the Avenue of stars have been reserved for a good while and the closer we get, the less likelihood there is of getting a room overlooking the firing area around the harbour.

With safety being of paramount importance, particularly in light of the last event, there will be the usual harbour cruises available which offer the best views of the fireworks but there will be fewer boats allowed on the water this year. Tickets for the cruises have already been snapped up, at an initial price of around 380 Hong Kong dollars but expect to pay up to triple this price as some tickets are being offered by the usual ticket touts that unfortunately accompany events of this magnitude.

Other good places to view the action from will be from the Hung Hom bypass between Salisbury road and Hung Hom road; this will be closed to traffic from 6pm on the 1st.

The Central Waterfront Promenade between the central star ferry pier and Admiralty is a great place to view the action, but again this popular spot fills up quickly so plan to get there early, locals regularly get there around noon, also take a portable radio with your as Radio FM will be transmitting the synchronised music on 96.7-98.6 for anyone not near enough to the many speakers positioned along the harbour for the evening.

In Wanchia, the Hong Kong convention centre and Bauhinia square are also great viewing points with no cost.

For those with a little more cash to splash, the Ocean Terminal car park will be open to the public with 4 tickets costing a cool HK$ 1000.

Top tips: take plenty of food and drink, plan an exit route as when the event is over 100,000s of spectators will be making their way home all together so expect delays on public transport (although extra provisions have been made, it is never enough). Obviously, a camera or video camera and spare batteries, but most all enjoy. 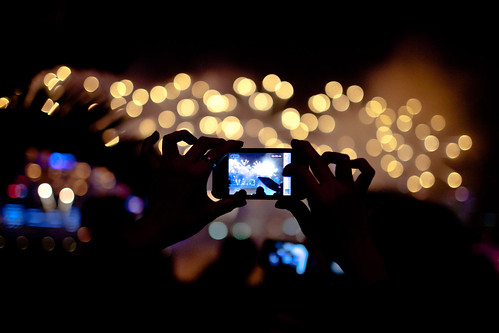 As Christmas fast approaches, thoughts are of course heading to New Year’s Eve and of course, we want to ensure that ...
Read More
Filed in: fireworks display, Hong Kong, National Day 2015
Share:
Find us on Facebook Find us on Twitter Find us on Pinterest Find us on Instagram Find us on Tumblr Find us on Vimeo Find us on Youtube Find us on LinkedIn Find us on Flickr
Previous article NEW KLASEK FIREWORKS FOR 2021